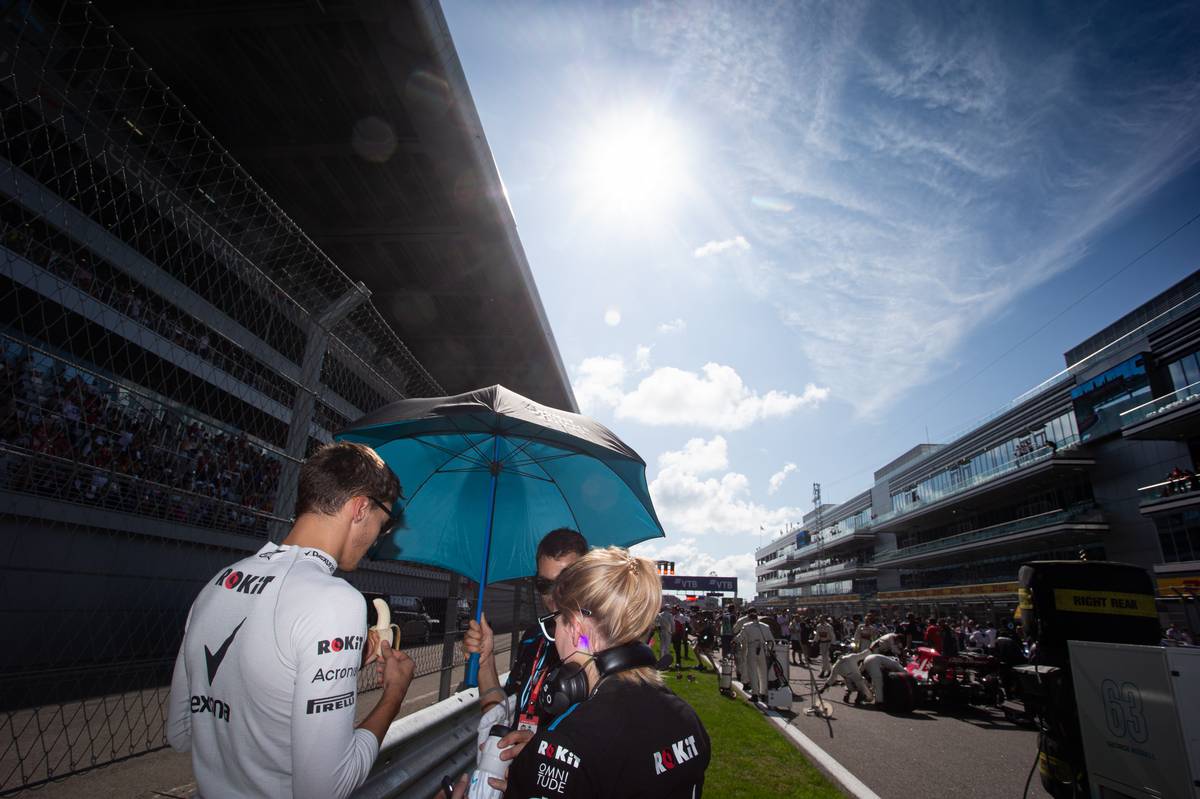 Robert Kubica
"This weekend has been very disappointing. You always have to try your best with what you have, and this is what I was trying to do. After George's DNF, the team decided to stop my car, to take care of the parts that we have on the car. We are not in an easy situation and Japan is around the corner."

George Russell
"It was a disappointing Russian Grand Prix. The car was feeling good, and then all of sudden after the pitstop there was an issue and the next thing I knew, I was in the barrier. It was a shame for the race to end like that as we were showing some strong pace."

Dave Robson, senior race engineer
"Today was tough and deeply frustrating for the whole team. We took the opportunity behind the early safety car to pit Robert twice aiming to complete his race using only Option tyres. Meanwhile we were able to leave George out and run long until a Virtual Safety Car provided an opportunity for a cheap pitstop on to the Qualifying tyre. Unfortunately, an issue shortly after the subsequent restart caused George to lock a front wheel, damaging the car further. We opted to retire Robert soon afterwards in order to conserve parts ahead of the intense flyaway races which end the season. It's a very disappointing way to end two weeks on the road."