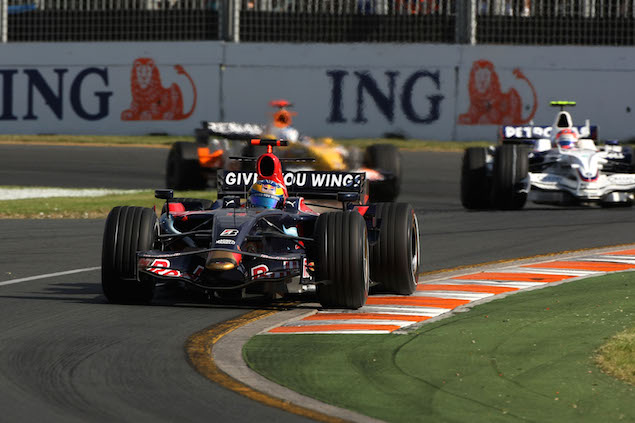 French fans started to hope again when four-time Champ Car winner Sébastien Bourdais earned a Toro Rosso drive in 2008. The Le Mans-born racer was off to a strong start, scoring points on debut with seventh in the Australian Grand Prix. He was even running in fourth place when his engine failed two laps from the end.

But alongside him was a certain Sebastian Vettel, a highly-touted Red Bull protégé that was already destined for great things. He and Bourdais were evenly-matched over the opening six grands prix when Toro Rosso ran an updated version of its 2007-spec STR2. However, as soon as the STR3 was introduced at Monaco, Vettel hit his stride and scored a stunning fifth-place finish. The German would never look back, becoming a regular points scorer thereafter when his team-mate was toiling at the back.

Bourdais’ frustration grew more evident and he only scored two more points, courtesy of another seventh-place finish in Spa-Francorchamps. But even there, the Frenchman was in no mood to celebrate. Having entered the final lap in third position as heavens opened, Bourdais stayed on dry-weather tyres and was eventually overhauled by several drivers who had switched to intermediates. 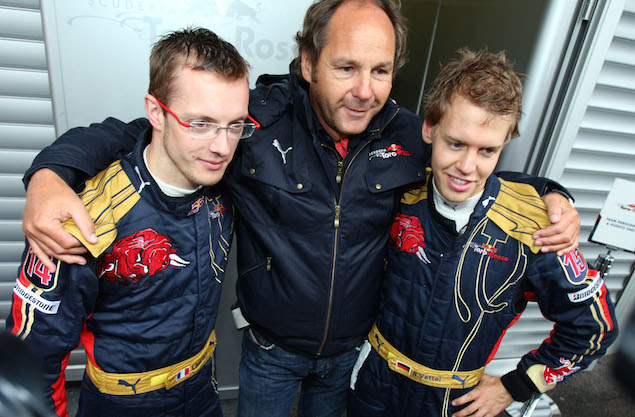 After a strong start to the season, Bourdais then struggled against future four-time world champion Vettel

A teary-eyed Bourdais clearly had a lump in his throat when he spoke to the press after the race: “It’s the worst conditions you know. Everybody knows I am driving for my seat next year… I don’t know. You’re fourth, you’re fifth, I don’t even know which position I was because some guys pitted in front of me.

“You’re touching it [the podium], you’re touching it, it’s the last lap, the last few corners. And you know there is one thing you cannot do is just to crash the car. And you can lose it any second because you don’t know how much water there is in the next corner. It’s just frustrating. It was a great weekend. It’s just so bad it finishes like that.”

One week later, Vettel starred at a rain-soaked Italian Grand Prix weekend, claiming a superb pole position and following it with a brilliant drive in the race to secure the first of his 42 victories to date. Bourdais qualified a decent fourth but stalling on the grid sent him at the back and only compounded his misery. Although he was re-signed by Toro Rosso for 2009, the Frenchman was ousted ahead of the Hungarian Grand Prix the following year to make room for Red Bull’s then latest junior Jaime Alguersuari. 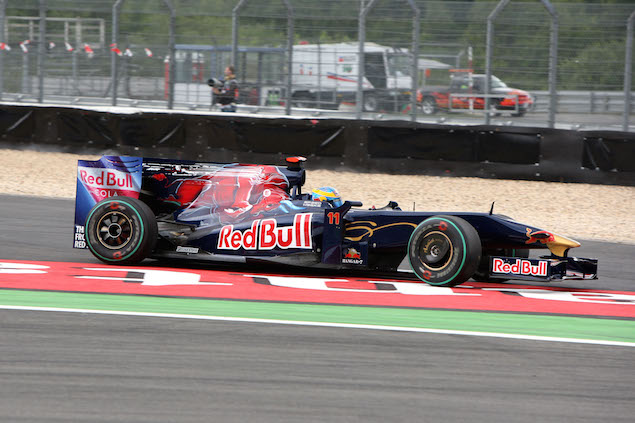 Bourdais was eventually dropped after the 2009 German Grand Prix