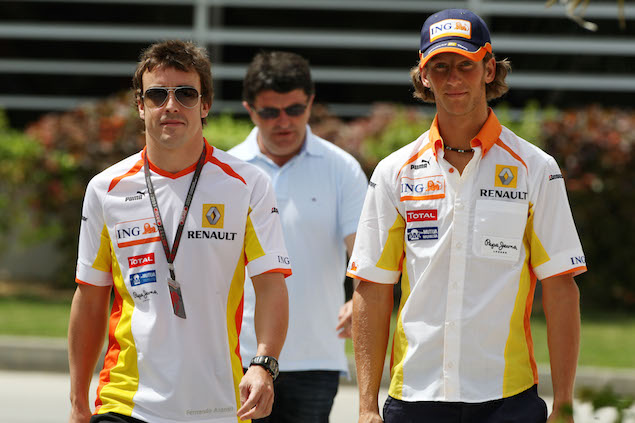 France did not stay without an F1 driver for long though. Indeed, two races later, Renault promoted Romain Grosjean to replace Nelson Piquet Jr, who had left in acrimony following revelations about the 2008 Singapore Grand Prix race-fixing scandal.

This quickly turned out to be a poisoned gift for the Swiss-born Frenchman, whose seven-race audition for the following season yielded a best result of 13th in Brazil. Grosjean himself recently admitted on a French TV show that his graduation came “too early” while his links with former team boss Flavio Briatore did not help his case either.

It took him two years to fight back from the scrapheap. Having dominated the 2010 Auto GP category and won the 2011 GP2 Series, Grosjean was confirmed alongside Kimi Raikkonen at Lotus for the following season.

They say you can wait an age for a bus before two turn up at once. Three was more appropriate for France in 2012. Besides Grosjean, Jean-Eric Vergne and Charles Pic each made their F1 debut that year, at Toro Rosso and Marussia respectively.

Lotus’ competitive package quickly enabled Grosjean to fight at the front and by claiming third at the Bahrain Grand Prix, he became the first Frenchman to climb on the podium since… Alesi 14 years earlier. He did so in only his 11th start, which put him ahead of Prost in that regard: the Professor had to wait until his 14th race (the 1981 Argentine Grand Prix) to make his maiden trip to the rostrum.

There is no denying that Prost remains France’s beacon in F1. Winning four world titles and 51 races usually does that. But it is worth wondering whether his achievements are not sometimes a legacy too heavy to carry. Personally, I have lost count of how many times any promising French driver was touted as the “next Prost” in the past 20 years. 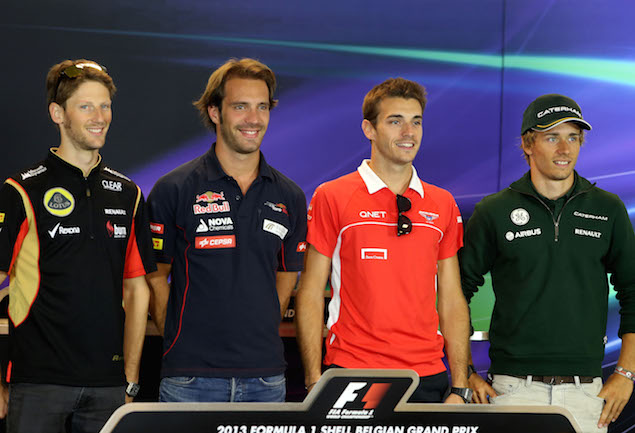 With Grosjean, Vergne, Bianchi, and Pic, France had the strongest contingent of F1 drivers in 2013 (tied with Germany)

Grosjean developed nicely over the 2012 season, adding another two podiums while Vergne and Pic were busy learning the ropes further back in the order. Jules Bianchi made it four Frenchmen on the grid in 2013. The 2009 Formula 3 Euro Series champion had just lost out to Adrian Sutil for the second Force India seat when he received a late call up from Marussia to replace Luiz Razia after the Brazilian’s sponsor payments dried up.

Still, only Grosjean had a genuine shot at ending France’s win drought that year again and the Lotus driver came very close indeed, most notably at the United States Grand Prix where he nearly defeated Vettel on merit but still secured his sixth podium of the season.

With Raikkonen gone back to Ferrari, Grosjean entered the 2014 season as Lotus’ lead driver but the dreadful E22 immediately poured cold water on any hopes he might have had to succeed Panis in the history books. Meanwhile, Pic had been let go after uninspiring performances at Caterham and Daniel Ricciardo’s promotion from Toro Rosso to Red Bull meant the writing was on the wall for team-mate Vergne.

Hope came from Bianchi, who was quickly establishing himself in the ‘one to watch’ category. Having already shown promising speed in 2013, the Nice-born racer truly burst on the scene when he drove a cracking Monaco Grand Prix to finish eighth on the road in the unfancied Marussia (he would be demoted to ninth due to a penalty).

No one can say with certainty what Bianchi would have gone to achieve in F1 had his life not been cut tragically short but Ferrari – he was a member of their young driver academy – had clearly seen something special and was lining him up to drive for Maranello in the near future. 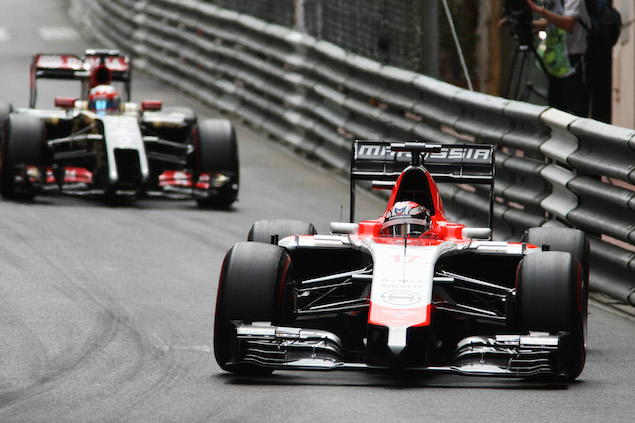 With Vergne out of F1 at the end of 2014, Grosjean was left as France’s sole driver the following year. While much better than its troublesome predecessor, the new Lotus E23 was not a race-winning car either and the team’s financial troubles grew more evident as the season unfolded. Grosjean still managed to eke out his 10th career podium, claiming third on the daunting Circuit de Spa-Francorchamps of all places. Another reminder that shows the 29-year-old clearly has the potential to end his country’s two-decade win drought.

Asked by F1i whether he felt any extra pressure to get this monkey off his back, Grosjean, who switched to US newcomers Haas last winter, replied: “It might have been the case in 2012 but not anymore.

“When you graduate from GP2, you quickly learn that in F1 you need the best car to win. Today, I don’t have it and I am the only French driver on the grid.”

Read Panis still has some time ahead of him as France’s last grand prix winner.

Despite a great sixth-place finish in Melbourne last weekend, it’s fair to assume that Grosjean will not break his duck in 2016 either. Therefore, should France start pinning its hopes on the next generation of F1 talents? 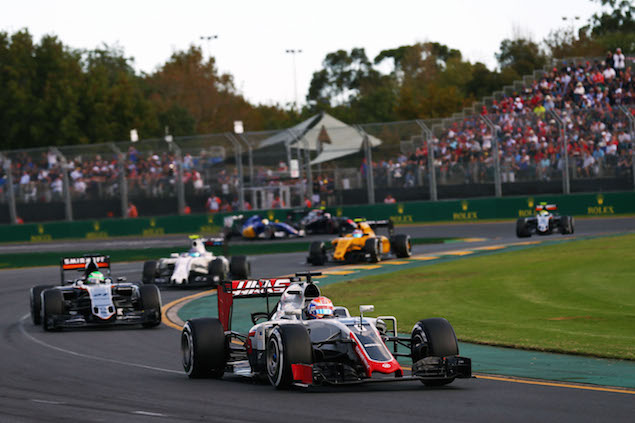