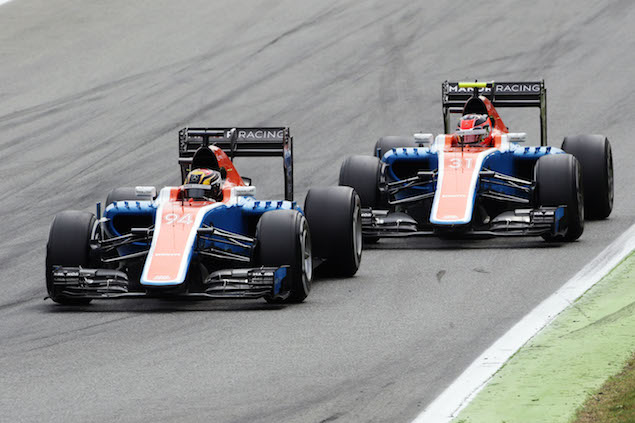 Manor's driver line-up has traditionally been marked as 'uncertain' until around a month before the first race of the season. Wehrlein and Ocon are both impressive young talents who have gone where Mercedes put them, with the Frenchman moving to Force India and his German team-mate to Sauber.

Rio Haryanto, who started the first 12 races of 2016 for the team, was rumoured to be in discussions to make a return this year until it emerged that the Indonesidan's backer, state-owned energy company Pertamina, decided to pull its sponsorship.

GP2 front runner Jordan King, who had a couple of solid Friday outings with Manor in 2016, was also in the frame for a drive at the Banbury-based outfit. So were Haas refugee Esteban Gutierrez and Sauber's Felipe Nasr but Manor's future took a turn for the worse in early January when the company that operates the F1 team fell into administration.

It emerged on Monday that on offer for Manor has been made, with the bidder requiring an answer by Friday 20 January.