Having further cemented his reputation as an overtaking expert in his sophomore season, Verstappen earned the Action of the Year accolade for his daring move on future world champion Nico Rosberg in a wild, rain-hit Brazilian Grand Prix.

The 19-year-old picks up this award for the third consecutive time, having also claimed it 12 months ago for an incredible pass on Sauber’s Felipe Nasr at the fearsome Blanchimont corner in Spa-Francorchamps.

In 2014, Verstappen, who had lit up the European F3 championship that year, was presented with his first Action of the Year trophy for a last-lap move on Antonio Giovinazzi at Imola.

F1’s hottest property was also voted Personality of the Year for the second year running by the media. Verstappen’s on-track tactics and race craft came under close scrutiny in 2016, with the Dutchman often involved in controversial incidents.

But the teenager has never been afraid to speak his mind in the glare of the spotlight, showing the audacity and confidence to call other drivers out like in Mexico where he urged Sebastian Vettel to go back to school following the Ferrari star’s expletive-ridden rant to him and FIA’s Charlie Whiting.

Verstappen’s brace of FIA Award caps a stunning 2016 campaign that saw him graduate from Toro Rosso to Red Bull after four grands prix, become the youngest winner in F1 history by taking victory in Barcelona - his first race with Red Bull, score another six podiums and top the overall Driver of the Day fan vote. 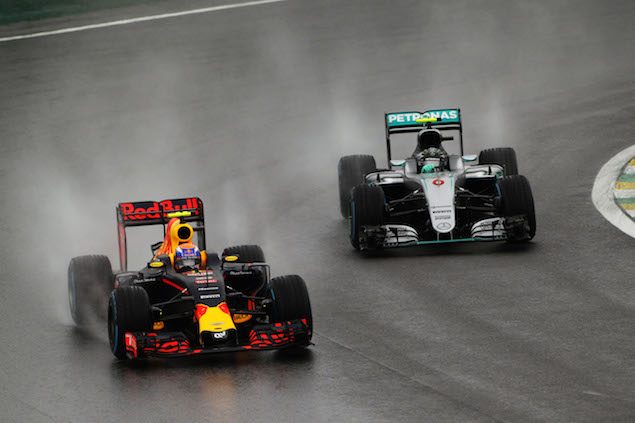 Rosberg: I would have carried on if I had lost title fight