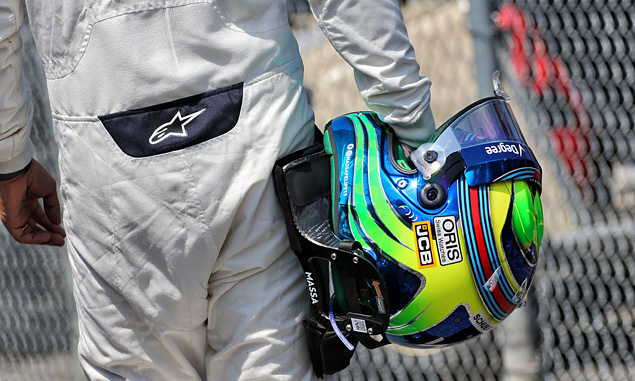 Felipe Massa
"I'm so disappointed to be out after just three corners. I was a complete passenger in the collision. I think Carlos was hit by somebody, but I was the only car that he hit. It's a shame to finish the race like that, especially when the car has been so competitive all weekend and we could have scored a good amount of points."

Lance Stroll
"I am just happy for myself, for the team, for everyone. The balance of the car was good all race. I was in a flow. I knew we had good straight line speed in the Williams. I chose my overtakes at the right times, sometimes I could have done them a lap earlier, but it was a bit risky so I did it a lap later and stayed patient. James, my engineer, was giving me good communications throughout the whole race about what was happening around us. We just stayed cool headed and took it to the end and P9. It was about things falling into place and getting everything to work with no issues and being able to do the pace we know how to do. It means the world to me being able to finish a race in the points and be able to see those Canadian flags up in the air at my race."

Paddy Lowe, chief technical officer
"A huge congratulations to Lance. He's the first Canadian in Formula One since Jacques Villeneuve, and now he's scored his first points at his home race. It's a great story. Given the difficult start Lance has had to his Formula One career, this feels like a race win to us. It was an incredible drive. He showed some fantastic race-craft, great overtaking and he really earned those points today. From 17th on the grid up to ninth, including a battle with a double world champion, which he took in his stride. I think today's result will boost his confidence going forward and will give him some real momentum. On the other side of the garage, Felipe had an unfortunate race. He actually had a good start, but then lost a few places as a result of the jostling that normally takes place at Turns 1 and 2 at this race. He was then collected by Carlos, through no fault of his own. With the pace of the car this weekend it's very unfortunate. We could have scored some very good points. We're now looking ahead to Azerbaijan. The car should be reasonably strong there so we'll give it another go."
Want to win a trackday experience? All you have to do is subscribe to our FREE newsletter HERE