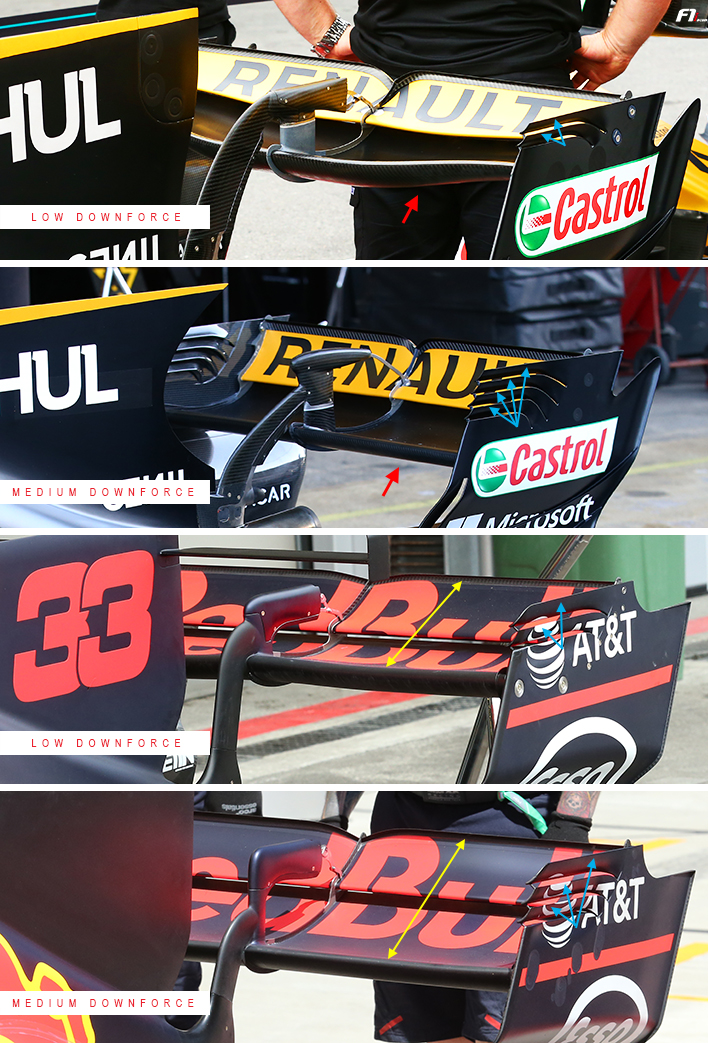 This may come as a surprise but the Baku City Circuit bears little resemblance with the other street racetracks used in F1, such as Monaco and Singapore. Despite tight and twisty sections, the layout’s immense straights and high-speed curves have led teams to run Spa-style levels of downforce, if not Monza-type setups. That’s why some teams did not run the T-wing, or modified it like Mercedes did.

Concretely, most outfits mounted low drag, low-downforce rear wings so as to not hurt top-end speed, even if this means lacking a bit of grip in the slow-speed corners. Compared to the standard spec of rear wing, the low-downforce model features a main board with a lower angle of incidence. In other words, the plane is less tilted and sits higher, while the upper flap is slightly shorter.

Like other teams, Red Bull went for that design, which includes fewer endplate slits (two instead of three on the RB13). In order to make up for its power deficit, the Milton Keynes-based outfit installed a rear wing that was as thin as possible, similar to what can be usually seen around Monza’s Cathedral of Speed.

Renault elected to go down another path in that area, albeit with the same goal in mind. The French manufacturer mounted a curved rear wing on the R.S.17, close to the design that Mercedes has been using on the W08 since the start of the season. The angle of incidence on the edges of the main board is low, while it remains high in the middle part so as to keep some downforce. 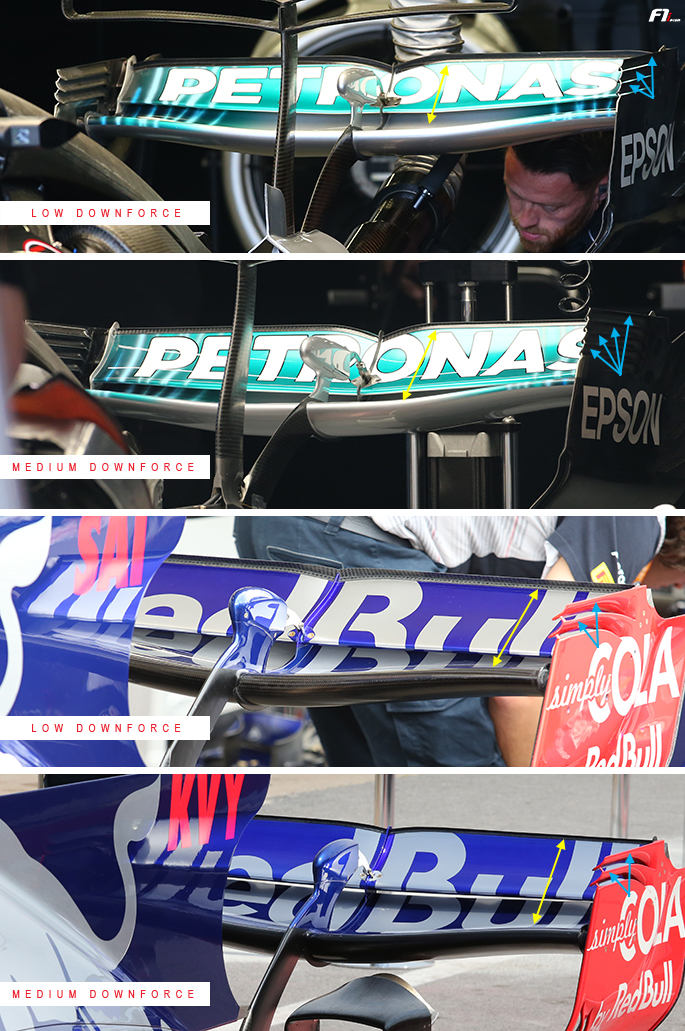 Mercedes and Toro Rosso stuck to their curved wings, albeit with a reduced angle of attack, there again in a bid to curb drag. The Silver Arrow’s low-downforce rear wing has three endplate slits compared to four on the medium-downforce solution.