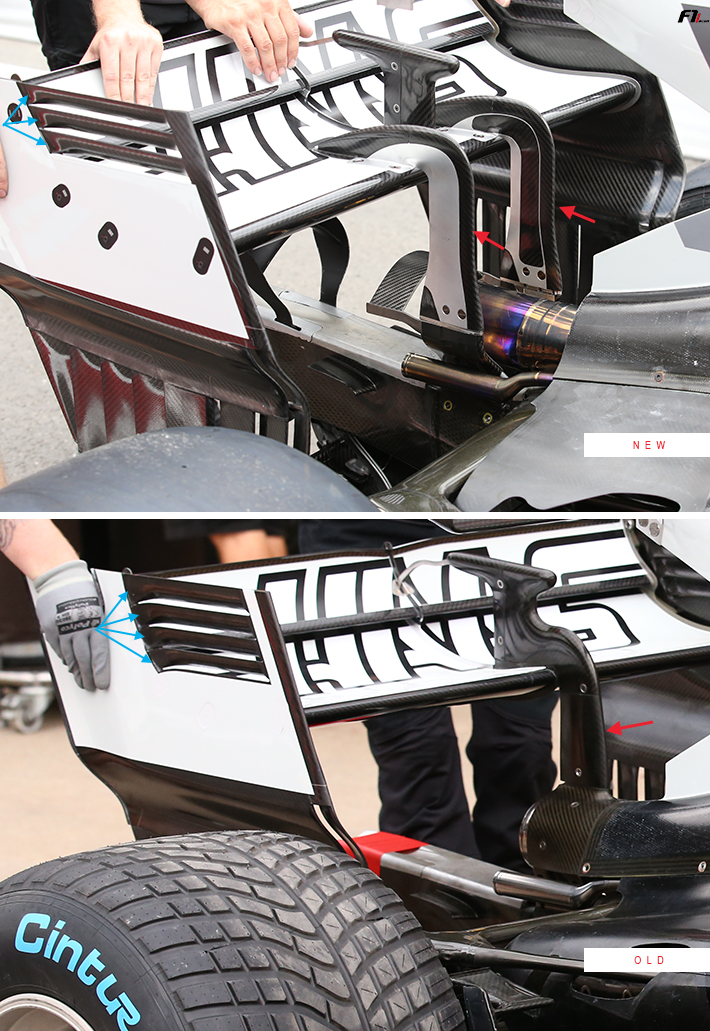 IN THE SAME VEIN

Haas tested a new rear end on the VF-17, which featured two rear wing pillars, a design that had been only seen on the Ferrari so far this year. Two pillars generate more drag so it is believed that the installation would allow the rear wing to bend backwards. The wing’s angle of attack would thus decrease, which would limit drag.

What’s more, the US team sampled a monkey seat that also exuded some Ferrari flavour, while tweaking the front wing endplates as well. However, Haas did not manage to get on top of Romain Grosjean’s brake issues.

As always, the above article does not intend to be an exhaustive list. One could also delve into McLaren’s new brake ducts, the extra air inlets on the Toro Rosso engine cover, or Haas’ tweaked front wing.