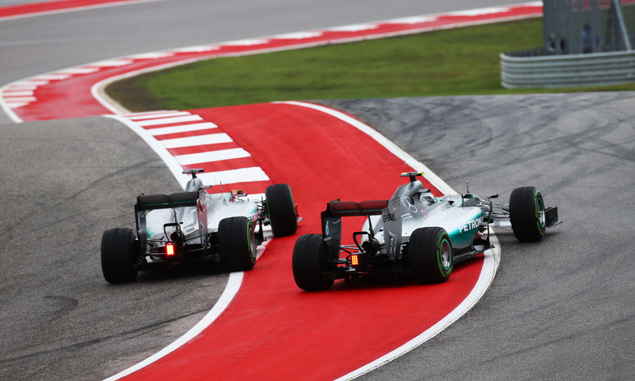 In an interview with BBC 5 Live I was asked what would make people think F1 is exciting in 2016, and I said Ferrari delivering a serious challenge to Mercedes, and Nico Rosberg keeping up his form from the end of 2015. A four-way title fight between the two Mercedes and two Ferrari drivers would be thrilling. Easy.

While it’s clearly not that simple, Rosberg doesn’t need to rely on miracles from his team to provide him with a car capable of challenging Lewis Hamilton next year, and his hat-trick of victories at the end of last season suggest he may have found a way of performing at a higher level more regularly.

Of course Hamilton’s performances tailed off after winning the championship, but he was clearly annoyed at losing out to his team-mate so regularly and their war of words continued until the end of the final race. Hamilton has shown on numerous occasions in his career that he can be rattled by a team-mate, and even if conspiracy theorists believe Rosberg’s winning streak was contrived, the German will have learned a lot from the way he handled matters post-Austin. If he can continue that at the start of 2016, Hamilton could well be rattled once again.

Add in Toto Wolff’s suggestion that he may have to “unleash” both drivers to ensure the season is entertaining and sparks could be set to fly at Mercedes.