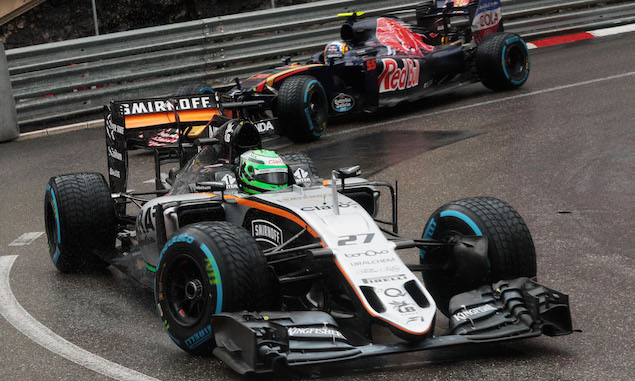 Another driver to feel sorry for, Hulkenberg’s wait for a podium goes on but Monaco was his best chance in a long time. Starting from fifth, Hulkenberg was progressing nicely but a badly timed stop for intermediates dropped him into traffic and compromised his race. On the slicks he was stuck behind Alonso and Rosberg while team-mate Perez pulled clear in third, but with better strategy Hulkenberg would have been the lead Force India driver. Showed good awareness to snatch sixth out of the final corner, but it will be little consolation. Was quick all weekend and seems very comfortable with the updated VJM09 but track position is king in Monaco.