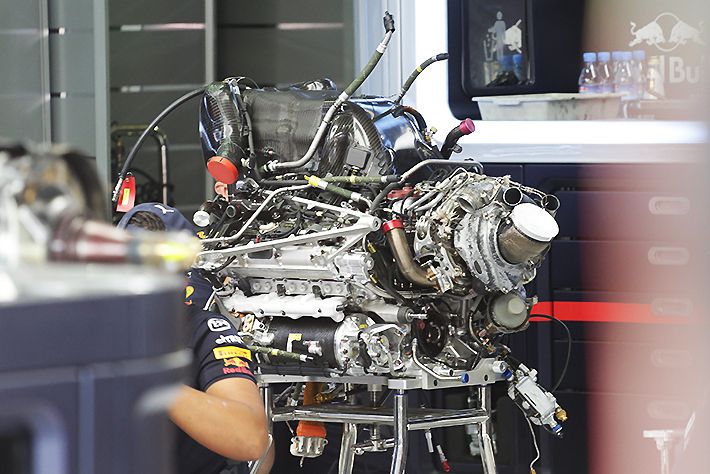 Two weeks ago, Daniel Ricciardo was forced to withdraw from the Mexican Grand Prix due to a clutch problem. Once his RB14 stopped at the edge of the track, the marshals noticed smoke escaping from the exhaust and they extinguished the fire.

The extinguisher foam solidified in the turbo, which ended up damaging it.

"The other turbo that Daniel has in his pool was on the engine that failed in Austin,” explained Christian Horner. "And Renault was saying that every time they have run a turbo when they have had a failure like that, they normally stop after 400km. So we didn't really want to put him in that position."

The team decided therefore to use a new turbocharger, the sixth since the start of the season. The Australian driver retired eight times this season, including four times in the last seven Grands Prix. He had already been forced to start from the back of the grid in Italy and Russia, due to penalties resulting from changes made to the engine.

On the Renault V6, the turbocharger forms a compact unit, located at the rear of the RE18 block. Unlike Mercedes and Honda (who moved the compressor to the front of the engine), the French manufacturer has remained faithful to a classic architecture: the compressor is attached to the turbine.

Technically speaking, a turbo is composed of three elements: a compressor, a turbine and an axle that connects them. The compressor draws in and compresses the ambient air before sending it to the intercooler for cooling. A shaft connects the compressor to the turbine: it is driven by the exhaust gas.

Since it gives off considerable heat, it is swaddled in a half-shell made of an insulating material. This assembly, which forms a protrusion at the rear of the engine block, fits into the front – indented – part of the gearbox casing.