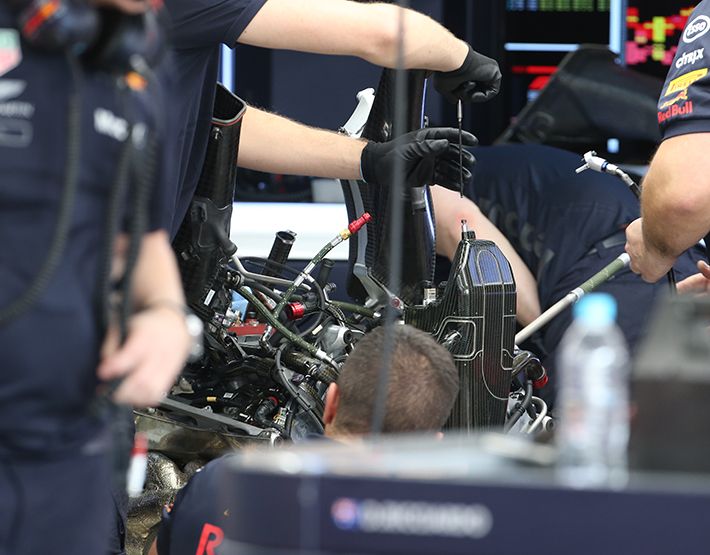 On the other side of the Red Bull garage, Max Verstappen missed the start of the second free practice session because the mechanics had to replace the Renault V6's oil tank.

“The oil tower on the front of the engine has developed a crack so it was starting to leak oil in [the first] session,” Christian Horner said. “So it’s had to be changed. The guys have done a great job in getting the engine off the back and back on, replacing the part, in just half an hour.”

“The lucky thing is we suspect that crack may have started in Mexico because there was a little bit of oil loss in the race that couldn’t be accounted for. So actually we were probably pretty lucky that it got to the end of the race.”

It should be noted that Valtteri Bottas also suffered a minor oil leak during the first free practice session.

The peripheral elements of the powertrain (such as the oil tank, the exhausts, etc.) are not concerned when determining the service life of the six major components of the engine, as fixed by the sporting regulation: three thermal engines, three turbochargers, three MGU-Hs, two MGU-Ks, two batteries and two electronic control units.

In practice, this means that each of the thermal blocks, the turbos and the MGU-Hs must last seven races (compared to five in 2017), while each of the MGU-Ks, the batteries and the electronic boxes will have to last between 10 and 11 events, twice the their life of 2017.