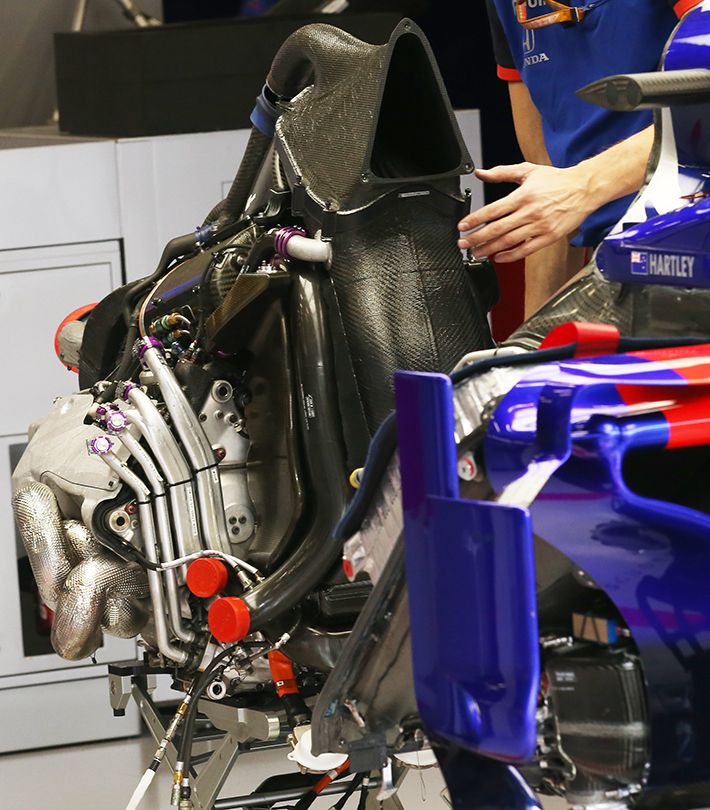 Of the four engine manufacturers involved, Honda has the worst reliability.

Pierre Gasly and Brendon Hartley have used no less than eight combustion engines, eight turbochargers and eight MGU-Hs, while also exceeding their allocation of MGU-Ks, batteries and electronic control units.

This is much more than other competitors, as can be seen in the table below.

Despite these numbers, the reliability of the Honda V6 turbo is not as bad as one might think, at least according to Toro Rosso:

“I think if you look at the number of PU penalties we have taken, it’s very high, and it doesn’t look like Honda has had such good reliability. However, many of those we have elected to take ourselves just to get PUs in the ‘pool’ when we have had a bad qualifying [session], for instance. Reliability has come on a long way and power is now looking good.”

Note that in qualifying, the best Toro Rosso was two seconds faster when compared to last year, with the latest specification of the Honda engine. Half of this gain is due to the overall improvement of all competitors (all times dropped by one second). The other half seems to be due to the progress of the Honda unit. In qualifying, Pierre Gasly improved his time by one second compared to his time on Friday, set with the old specification of the Japanese V6.

The Italian team had progressed in comparable steps at Suzuka, where it had mounted the new version of the RA618H for the first time.