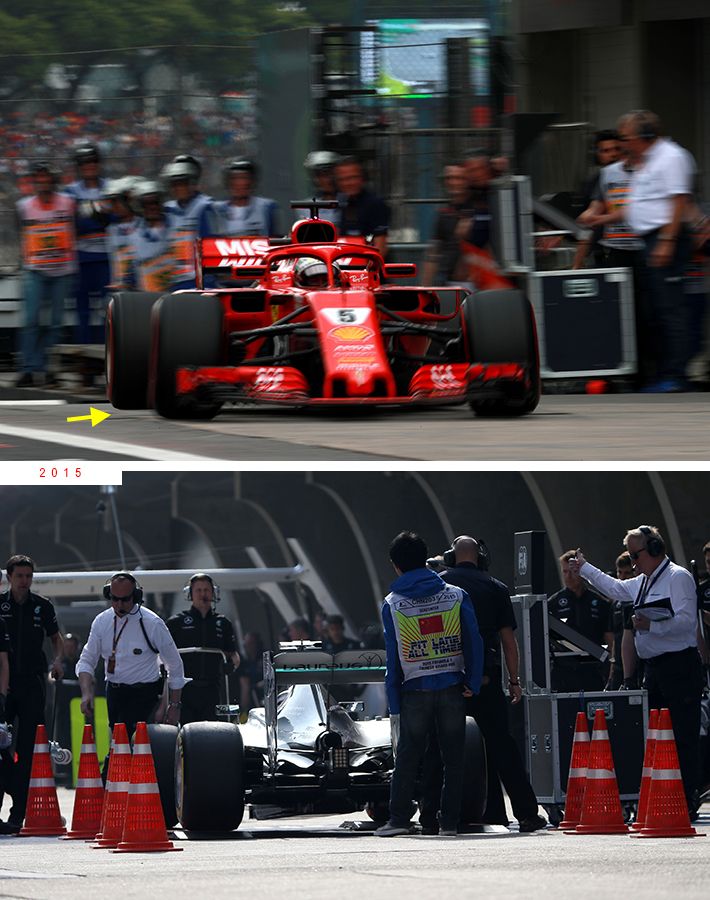 It is not just the machinery that can fail during a Grand Prix weekend. Nerves too, as we saw during Sebastian Vettel's eventful weighing in qualifying - not to mention the post-race altercation between Max Verstappen and Esteban Ocon.

In Q2, the Ferrari driver did not follow the mandatory procedure when called to the weigh bridge, keeping his engine running when he should have shut it down.

Pressed for time (because he had not yet set a times lap), an impatient Vettel did not wait for officials to push him off the scales, leaving on his own power and subsequently damaging the equipment as he left. Result: no sporting sanction, but a reprimand and a 25,000-Euro fine.

As per the rules, cars participating in Q1 and Q2 are called at random to be weighed, while all cars that have run Q3 are systematically weighed.

Likewise, all cars are weighed after the race. If a driver leaves his car before it is weighed, he must ask FIA technical delegate Jo Bauer to weigh it separately, adding his weight to that of the car. The minimum weight of 733 kg is indeed that of the car with driver on board (but without fuel).