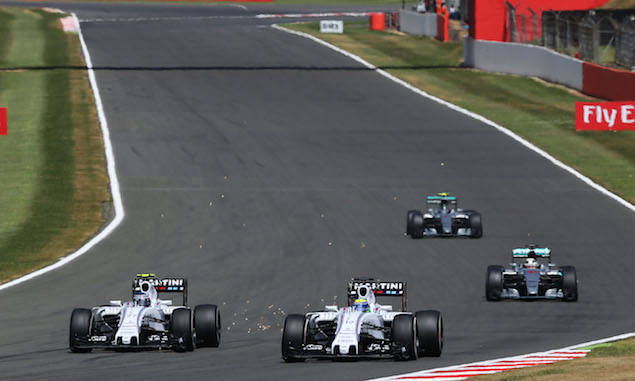 Tough to mark Williams down as it is still performing excellently when you take in to account its budget compared to Mercedes and Ferrari. However, there has yet to be a race where Williams looks capable of really pushing Mercedes - even Silverstone felt like a matter of time before both Hamilton and Rosberg got the jump on leaders Felipe Massa and Valtteri Bottas.

The car is good but doesn’t appear to be enough of a step forward from last season to suggest it will realistically close the gap to Mercedes in the near future. Both drivers are performing well and upgrades tend to be working, but the car is weak on low-speed circuits and still struggles to get the most out of its tyres on too many occasions.