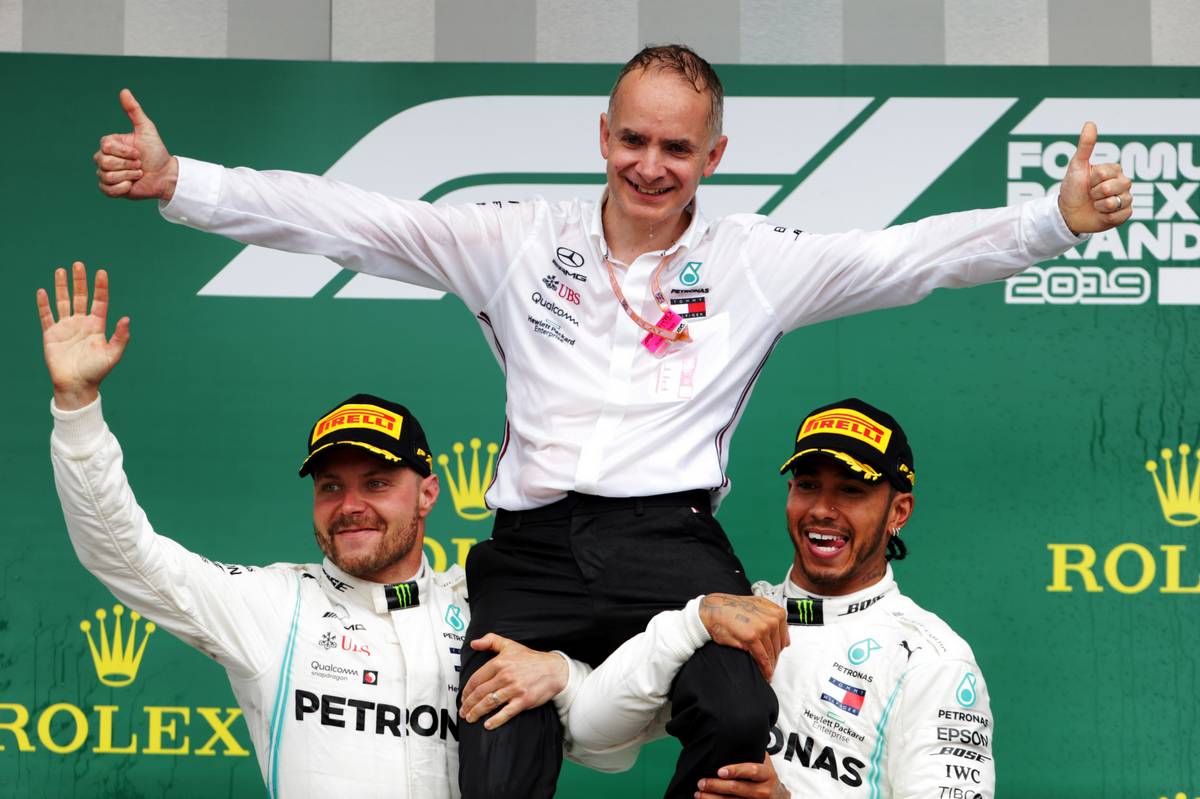 Valtteri Bottas
"I had a good start of the line and then a good fight with Lewis in the first few laps, which was really enjoyable. After my pit stop, I was controlling the gap to Lewis, but then the Safety Car came out and he effectively got a free stop and came out ahead of me. I was hoping that there might be another opportunity in the race, but I knew the chances were slim because I had to do another stop to change to a different compound anyways. The tyre life was ultimately much better than we had thought, so a one-stop would have been possible, but our simulations before the race had predicted a two-stop to be the fastest option. I'm disappointed because the win was definitely possible for me today, but I can definitely take positives from this weekend - I had a strong Qualifying and my race pace also looked very good. It was also another strong weekend from the team, to take a 1-2 after a difficult race in Austria is a great result. Congratulations to Lewis for the win, he drove well and had massive support from the local fans. I'm looking forward to the next race in Hockenheim and will give it everything to fight back."

Lewis Hamilton
"I remember my first win here in 2008 and the feeling that I had coming out of Brooklands and going down the straight and seeing the crowd, it felt so reminiscent of that today - the excitement and happiness and joy that I felt were exactly the same as back then. I've done so many races now, and you would think that after so many races you'd get used to it and the feeling would numb down, but it felt like it was the first win I ever had. Valtteri drove a very strong race and we had a really good fight in the beginning; I nearly got him going into Turn 7, but he was next to me and I couldn't really close the door. After that I backed off a little and waited for the pit stops, hoping that I could maybe overtake him in the pits. I extended my first stint for a few more laps, then the Safety Car came out and that was perfect timing for me as I came back out in front of Valtteri. I'm really grateful to all of those people that have helped me achieve this today; I have this incredible team behind me and it's really amazing to be a part of it, to be breaking down walls and records and pushing the limits and boundaries every weekend."

Toto Wolff, head of Mercedes-Benz motorsport
"To bounce back from our worst weekend of the season with a 1-2 at our home race is a great feeling. It was exciting to see our drivers fight hard on the track; it was a tough battle, but there's a lot of respect between the two of them and they always left each other enough space. I think both our drivers merited to win today. Valtteri had a really strong weekend; he outqualified Lewis at Silverstone, he led the race, he defended spectacularly, but the Safety Car came out in the wrong moment for him. Lewis was struggling a bit yesterday but drove a very strong race today and even managed to get the point for the fastest lap on 30 laps old Hard tyres; we're still not quite sure how he managed that. It's a great result for him in front of his home crowd. We're now looking forward to our second home race in Hockenheim in two weeks."

James Allison, technical director
"This was a fantastic result for the team and a brilliant performance from our drivers and car alike. As a team, we were very, very strong today but that didn't make life easy on the pit wall: our two drivers were fighting hammer and tongs in the first stint, and likely would have been for the whole race but for the intervention of the Safety Car, which fell unfortunately for Valtteri. Nonetheless, it was a fantastic end result for Lewis in his home race and a really strong drive from Valtteri. After the close fight in qualifying, it was gratifying to see that our race pace was strong and that we were able to repeat the competitiveness we had seen on Friday during the long runs."