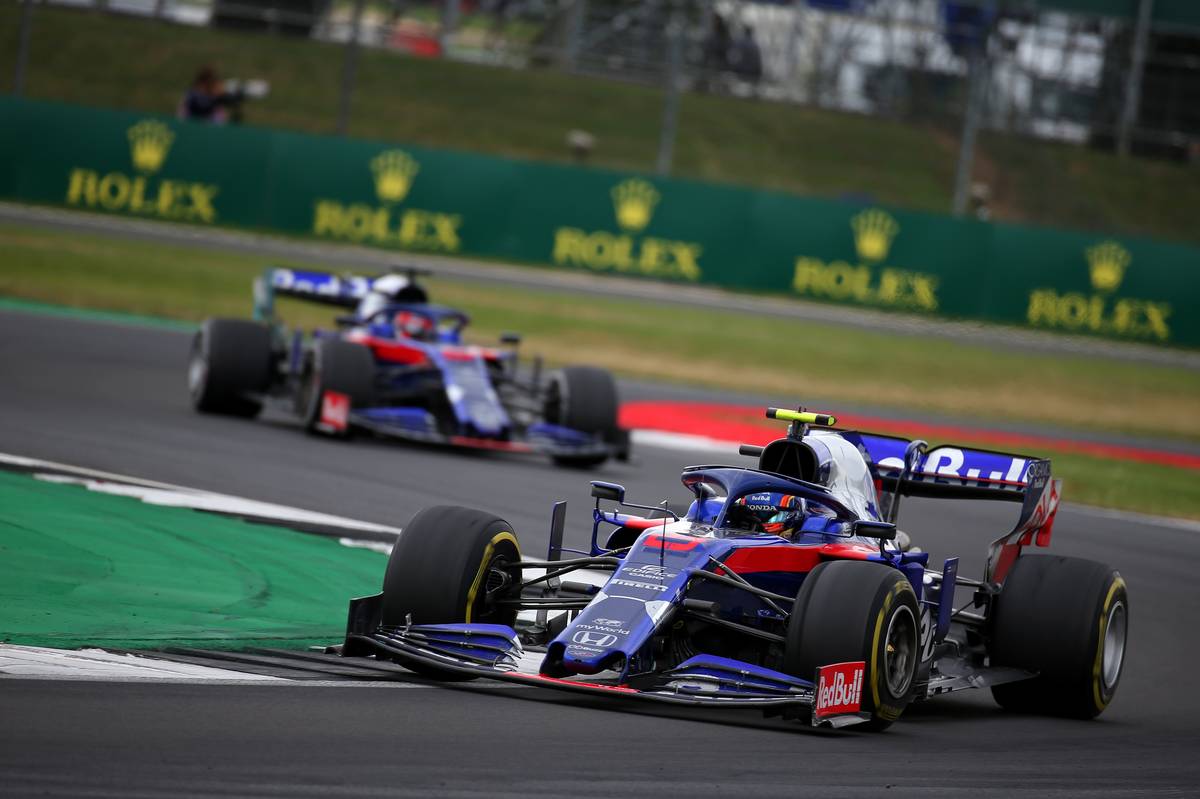 Alexander Albon
"It wasn't an easy race for me managing the tyres. When the safety car came out some drivers got lucky, others didn't. We had an issue with the car where we couldn't pit or touch the car, so we had to stay out while others around us pitted. It was a frustrating race, but that's the way it goes sometimes."

Daniil Kvyat
"I'm very happy with the race today. To be honest, I didn't have too many expectations today starting from the back of the grid, All weekend I didn't really get into the rhythm and I was struggling a bit with the balance, but when it mattered most today I managed to extract everything from the car. We found a few improvements yesterday with the setup direction and I think we managed to correct it and I just clicked with the car. I had a good battle with Kimi at the end for P8, which was fun, but I didn't have enough laps in the end to make a move. It's good to get two more points on the board and it was important to bounce back after the past couple of races."

Jody Egginton, deputy technical director
"Today's race has been quite eventful and, although we have scored points, we will be leaving here questioning what we could have done better. Alex put in a fantastic drive, especially when we consider he was managing an issue with his car all race which was limiting pit strategy options at various points. Even if he did a great job managing his prime tyres, they were finished two laps from the end of the race and he could not keep Hulkenberg behind. Dany's race was slightly less eventful, and we took the opportunity to move to the base tyre during the Safety Car period, which allowed him to attack in the last third of the race but unfortunately, he ran out of time to get past Kimi. We have extracted a level of performance from our cars more in line with expectation here, which is positive, but the closeness of the midfield means there is no room for error and we have to keep developing aggressively."

Toyoharu Tanabe, Honda F1 Technical Director
"Thanks to strong pace and a good strategy, Daniil went from 17th to finish in the points. Unfortunately, Alex dropped out of the points in the closing stages, as he was unable to make the second tyre stop that he needed. This was PU-related, as the data showed a high voltage issue, so we told the team it was inadvisable to make a second stop on safety grounds. Of course, we will now analyse this issue very carefully. It wasn't the best race for us, but for the fans it was another really exciting Grand Prix. We will now concentrate as usual on our development programme, as we head for another pair of back to back races."