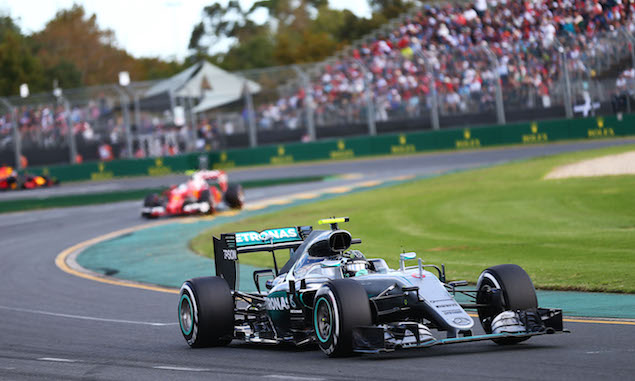 It's fair to say Rosberg lucked in to this victory somewhat, with Ferrari’s strategy certainly leaving the door open. Rosberg’s victory is his fourth in a row in F1 but his previous three all came from pole position, something he failed to do this weekend. A better start than Lewis Hamilton made him the lead Mercedes - albeit third behind the Ferraris - and then the red flag allowed him to switch from the softs he took on at the first stop to mediums which he could run to the end on. Rosberg was good, certainly, but with Vettel having to pit again after a bad strategy call he just had to bring the car home.