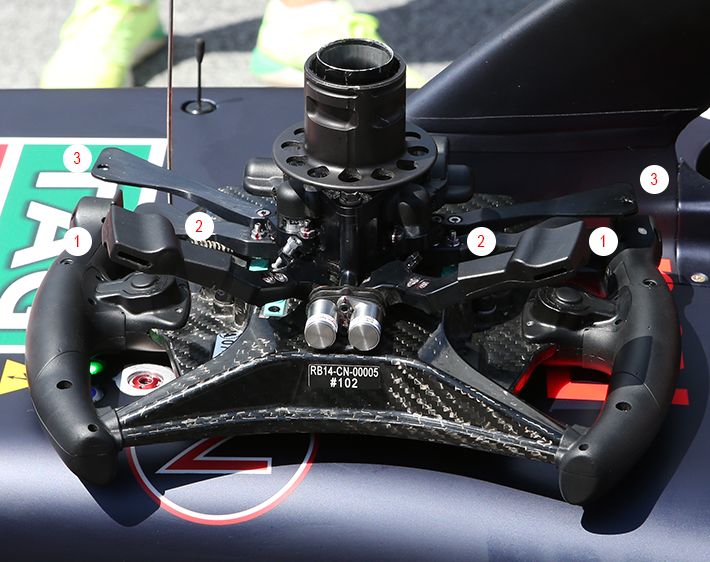 The backside of the steering wheel of Max Verstappen and Daniel Ricciardo has several paddles, sometimes doubled

1 – Paddles controlling the clutch (used only when driving off): there is only one clutch, but two paddles, for ergonomic reasons. Depending on whether the circuit is turning clockwise or not, the driver uses either command. If it is necessary to leave the garage by turning to the right, it will use the pallet on the left, and vice versa.

2 – Shift paddles: the driver downshifts by pulling the paddle on the right on the image above and shifts up by using the one on the left;

3 – DRS-activating paddles: to open the flap on the rear wing, the Red Bull drivers use a paddle instead of pushing a button, as is the case on the Mercedes and Ferraris.