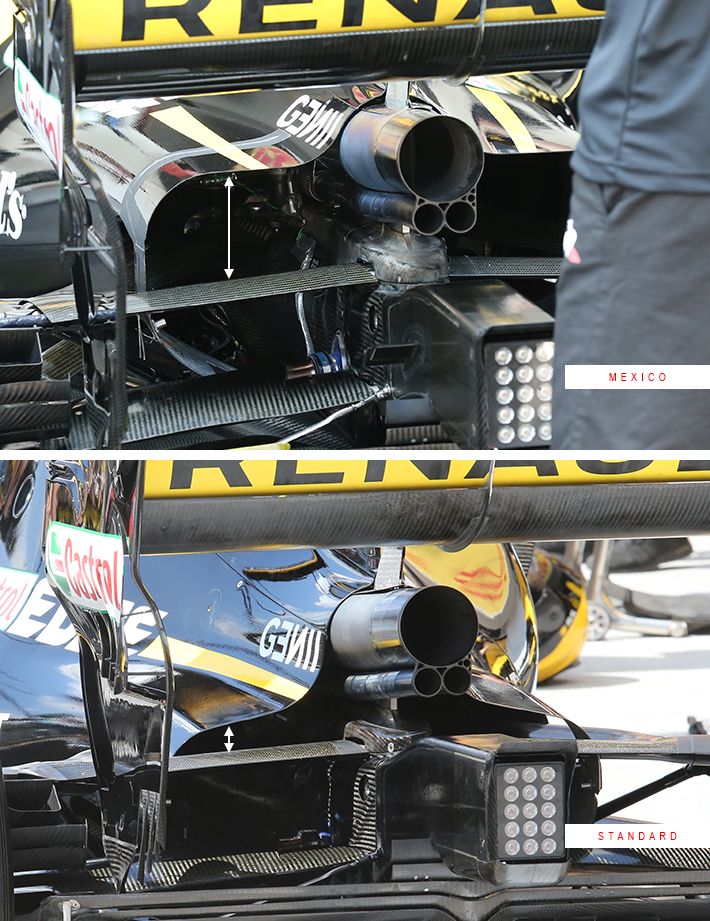 Keeping the high temperature of the brakes in check is all the more crucial as the speeds reached at the end of the long straight are very high at the Autodromo Hermanos Rodriguez, precisely because of its altitude (which reduces the drag and the aerodynamic downforce, since the air is less dense), as is explained by Nick Chester, the chassis technical director at Enstone:

“The effect of the air density on downforce is particularly notable as we run a Monaco level of wing in Mexico, but this only equates to an effective Monza level of downforce on the car.”

In order to compensate for the lower density of the atmosphere at high altitude, the teams are try to get more air through the tubes of the radiators, in particular by widening the opening at the rear of the engine cover. The Renault RS18 has been equipped with the same cover used in Bahrain, another circuit where cooling is difficult.