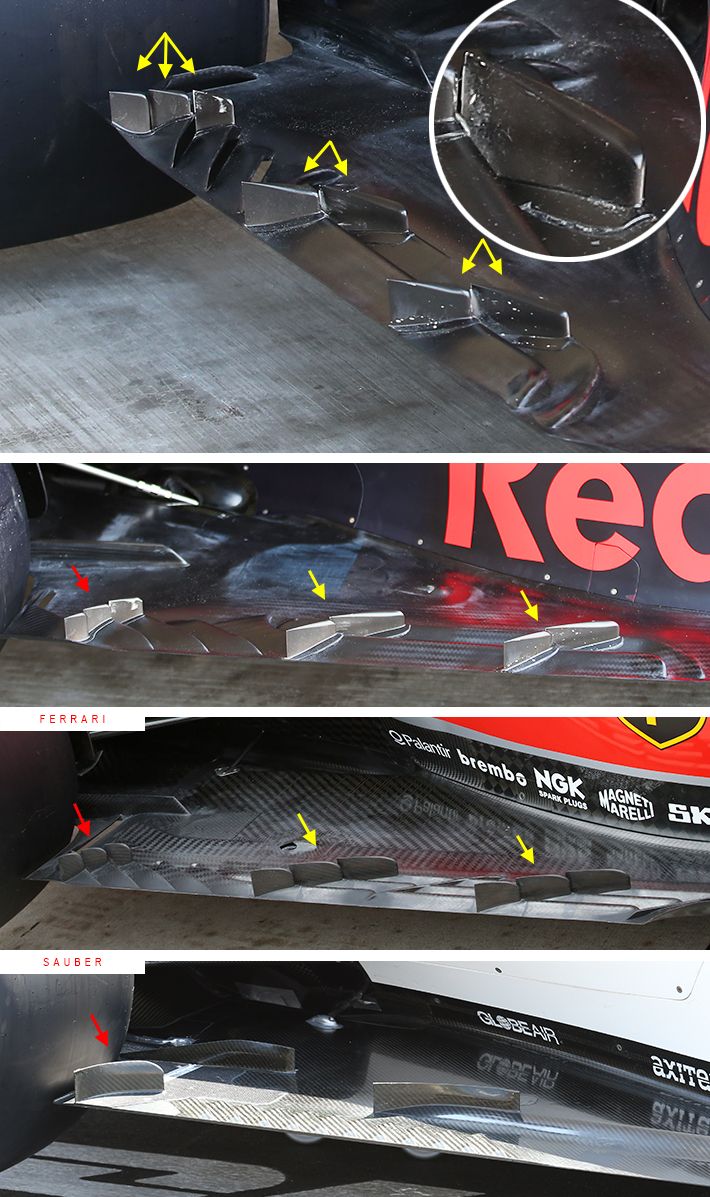 In Mexico, Red Bull surprised the paddock by testing a floor clearly inspired by the one evaluated by Ferrari ... a week earlier, in the United States.

How did Red Bull copy the design in such a short time? Taken on Thursday in Austin, photos of the SF71H's floor were sent to aerodynamicists in Milton Keynes. They designed the fins using only the CFD (computational fluid design), without going through the validation in the wind tunnel.

The parts were manufactured using a 3D printer, before being sent by plane to Mexico City. On site, the mechanics simply glued them on the floor. The configuration was briefly evaluated in free practice, without being used in qualifying or racing, as had been the case at Ferrari's.

It is assumed that these fins help these slots in sealing the sides of the floor, to prevent turbulence from slipping under the car and disrupt the operation of the diffuser.

Note that the group of fins located just in front of the rear wheel recalls a design which first appeared in France on the Sauber (see the red arrows). Even if the part has three elements at Ferrari and Red Bull and only one on the C37, its role is similar.