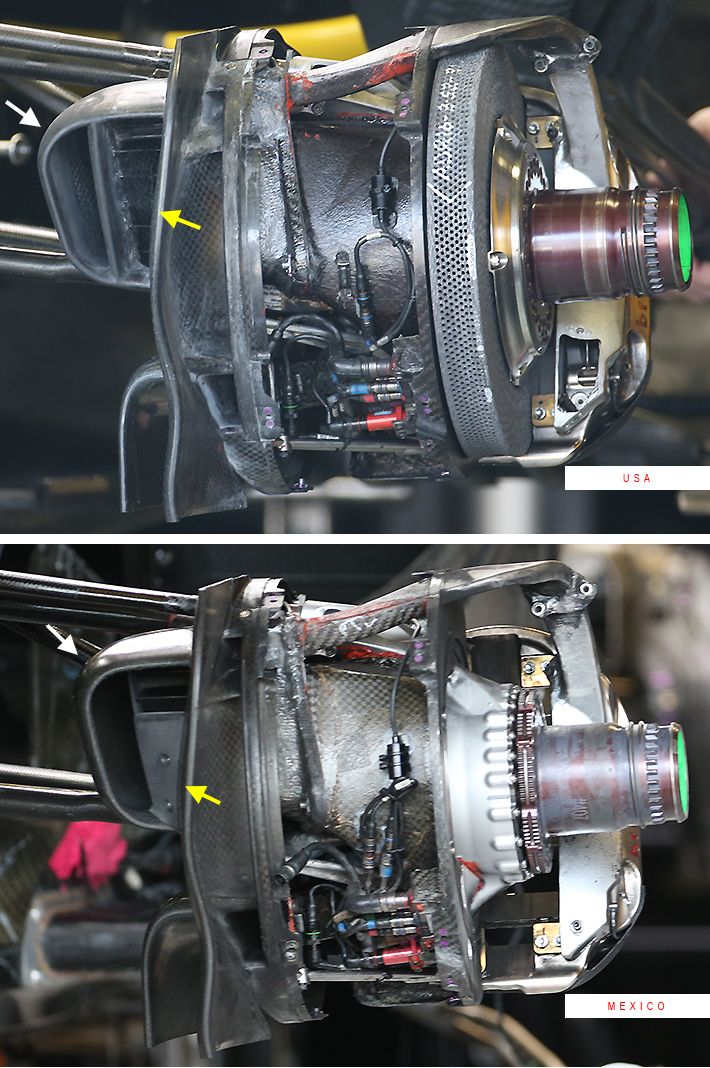 BRAKES ARE NOT SHORT OF AIR

To adapt the cars to the unusual conditions of a high-altitude circuit, all teams have changed their cars, some more or less profound.

“Generally speaking, at higher altitudes we get fewer air molecules, so there is less oxygen going into the engine, which produces less power,” says Bob Bell, Technology Director at Renault’s. “With these hybrid engines with turbochargers, the turbos have to spin a bit faster, work a bit harder to pump the same amount of air in the engine. We also have to open up the cooling a bit more to get more air in through the radiators and the brake ducts.

“So it is all about managing the cooling of the various parts of the car and it's about dealing with the fact that the engines are going to be working a little bit harder to deliver the same amount of power.

“The fact that there are fewer air molecules around affects both drag and downforce. When we select a certain level of downforce and drag for a circuit, we think about the right balance between those drag and downforce figures. However, when you fewer air molecules, it tends to affect both equally, so it does not really affect that decision-making process. We just change a number in the simulation and we find that we get the same sort of answers.”

The size of the brake ducts has therefore been increased. As the air is less dense at 2285 meters above sea level, more air is needed to cool the carbon discs, both front and rear.

As seen above, the Renault engineers have increased the brake ducts in size when compared to the ones used in the US (compare the white arrows) and have removed the covers that partially closed the openings (yellow arrows).