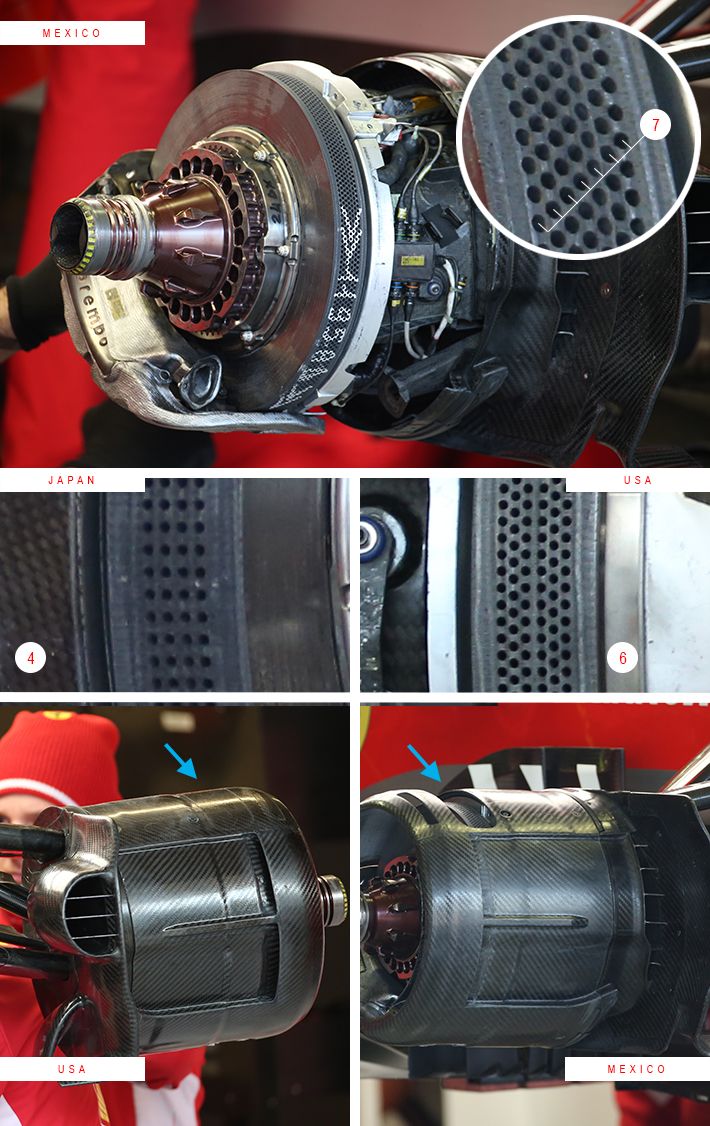 One can also open up the brake drums a bit more, or even increase the number of holes drilled in the carbon disc, as Brembo did at Ferrari's this weekend.

As for the rotation speed of the turbine (higher to compensate for the low density of the air), this varies from engine to engine. The technical regulation defines only a threshold (125,000 revs/minute). Below that, engine manufacturers are free, but they must communicate their maximum rotation speed to the FIA before the start of the season.

In theory, if the turbocharger of a V6 runs faster than its competitors without overheating, it should behave better at a higher altitude. Is this what explains the performance of the Renault engines in Mexico City (the Red Bulls monopolized the first row of the grid, the RS18s were seventh and eighth)? Hard to say, as the parameters are numerous.