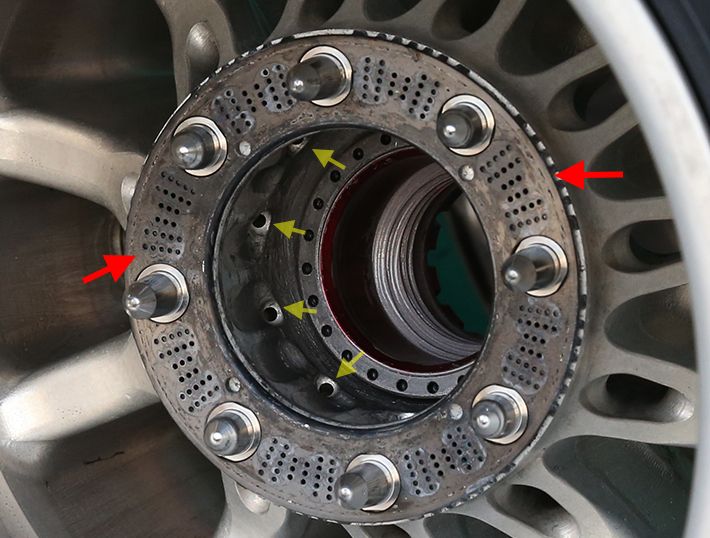 CASE (SOON TO BE) CLOSED

The saga of the perforated wheel rims on the Mercedes continues...

In the United States, the team had plugged the openings in the rims of its rear wheels, for fear of Ferrari lodging a protest with the technical delegates, despite the tacit agreement given by the FIA.

The Scuderia had indeed requested a clarification from the Federation, suspecting an aerodynamic advantage. Its reasoning was as follows: should these holes, which are part of the moving rim and thus modify the airflow, not be considered as mobile aerodynamic elements, which are prohibited by the regulations?

Before the race in Austin, Charlie Whiting informed Mercedes that the debate was not completely closed. As a precaution, the openings were sealed on the Silver Arrows, which struggled to properly exploit their tyres. It is known that Lewis Hamilton suffered from blistering in Texas, without anyone knowing whether the modification alone could explain this phenomenon. 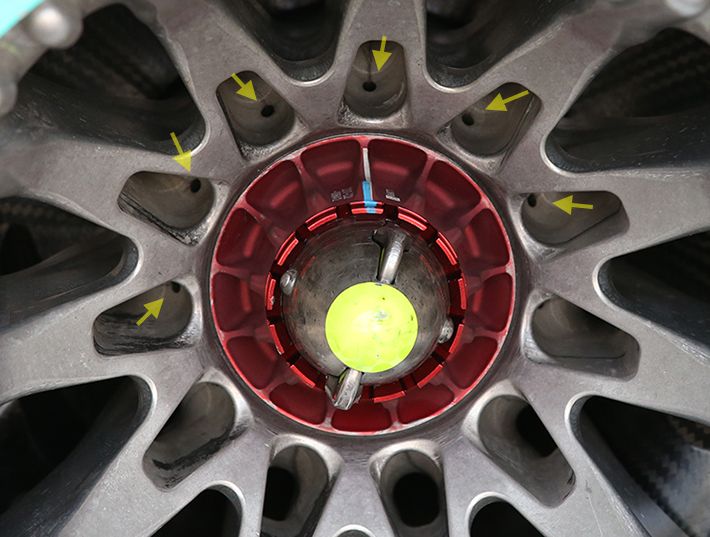 In Mexico, anxious to clarify things, the Brackley engineers submitted a double request to the technical delegates, to be sure that their design was valid. In their response, the officials said that the holes, intended for cooling, could be considered as part of the spacers (see yellow arrows) and were therefore allowed for the race.

The response did not completely reassure Mercedes... Given that this decision was only for the Mexican Grand Prix and that the other teams could in theory challenge it, Mercedes ultimately decided not to use the perforated rims in Mexico, preferring to wait for an FIA directive that should be published before the next round, in Brazil.