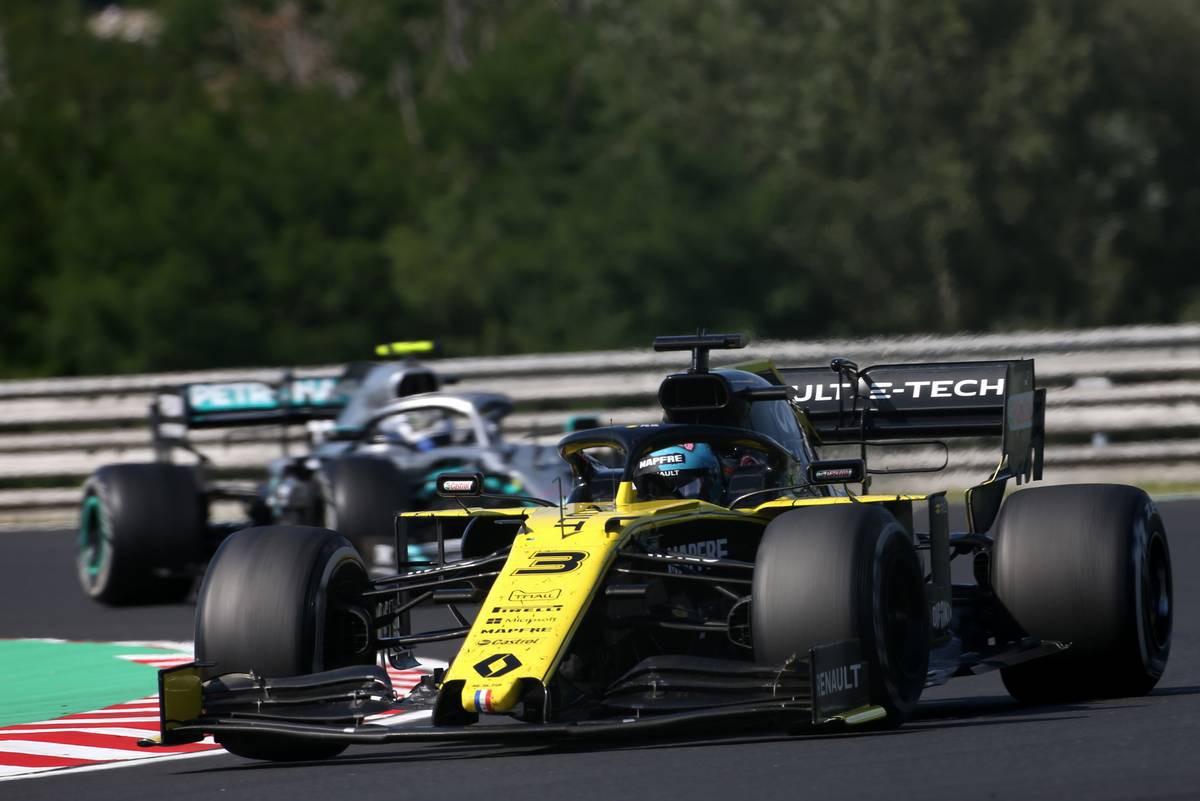 Daniel Ricciardo (P14): 6.5/10
Daniel Ricciardo being eliminated at the end of Q1 was one of the real shocks of this weekend's qualifying session in Hungary. Arguably it wasn't his fault, as he was inadvertently baulked by Sergio Perez as he prepared for his all-important final flying lap: if the team had let him know about the congestion early enough he might have been able to adjust his approach accordingly, but as it was he was simply caught out. Since he was starting well out of position on the grid anyway, Renault used the opportunity to change some power units, the penalty for which put him right at the back of the grid. They also fitted him with hard tyres in the hope of making up ground with a long first run while others made early pit stops. It worked as far as realistically possible, Ricciardo ascending as high as tenth before finally pitting for soft tyres on lap 46. Unfortunately that dropped him behind a stubborn Kevin Magnussen and he was unable to find his way past, although both men did at least pull off passes on a waning Daniil Kvyat on lap 67 for a late fillip.