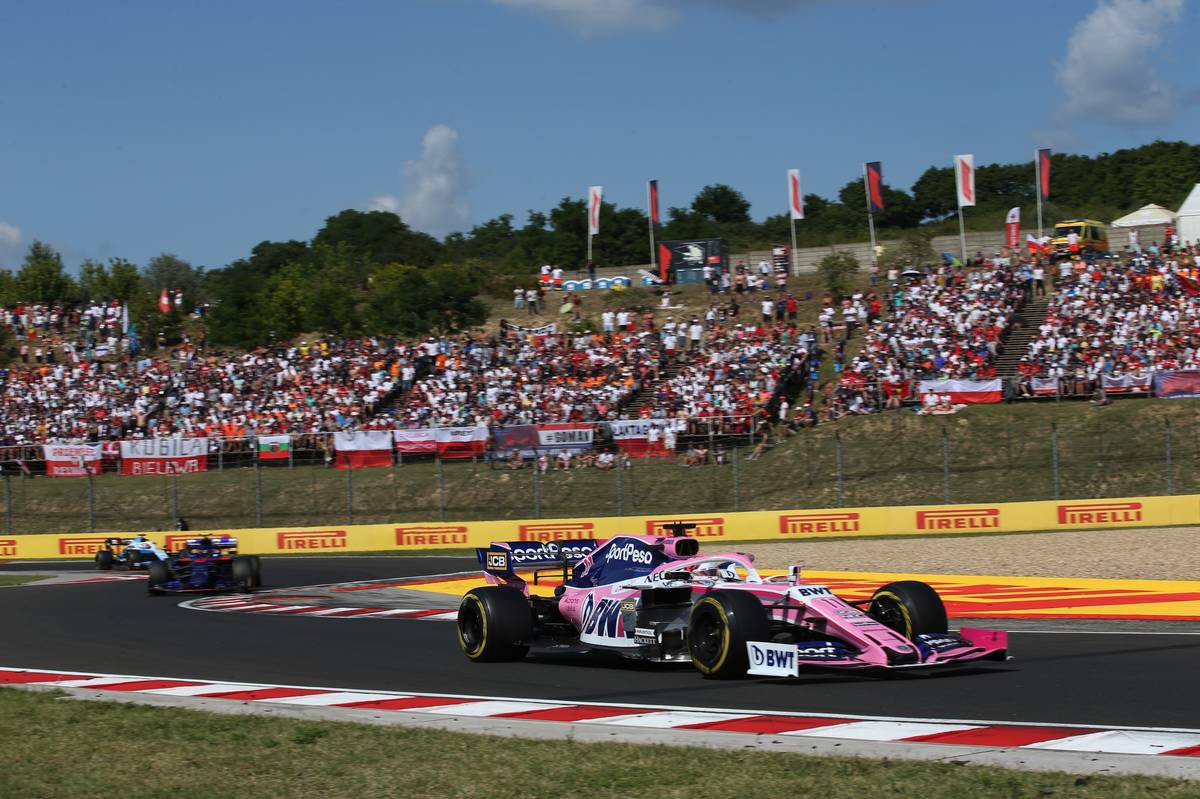 Sergio Perez (P11): 7/10
Stuck in the bottom third of the times throughout practice, it was always going to be a big ask for Sergio Perez to make it out of Q1 when it came to Saturday afternoon's qualifying session. And unfortunately his best chance of doing so was effectively wrecked due to a near-miss with Daniel Ricciardo as multiple cars jockeyed for position on a very congested track, leaving Perez distinctly unhappy with the Aussie in particular. Perhaps that anger sparked a fire in the Mexican's belly that contributed to a terrific start on Sunday in which he picked up four places on the first lap. He opted to pit relatively early which enabled him to undercut a couple of his competitors, and he continued to push for the rest of the afternoon and eventually made it into the points. Unfortunately all that effort came at a cost and his tyres bore the brunt of it, leaving him struggling to finish: falling foul to late pass from Alexander Albon cost him the solitary championship point that he had set his sights on.