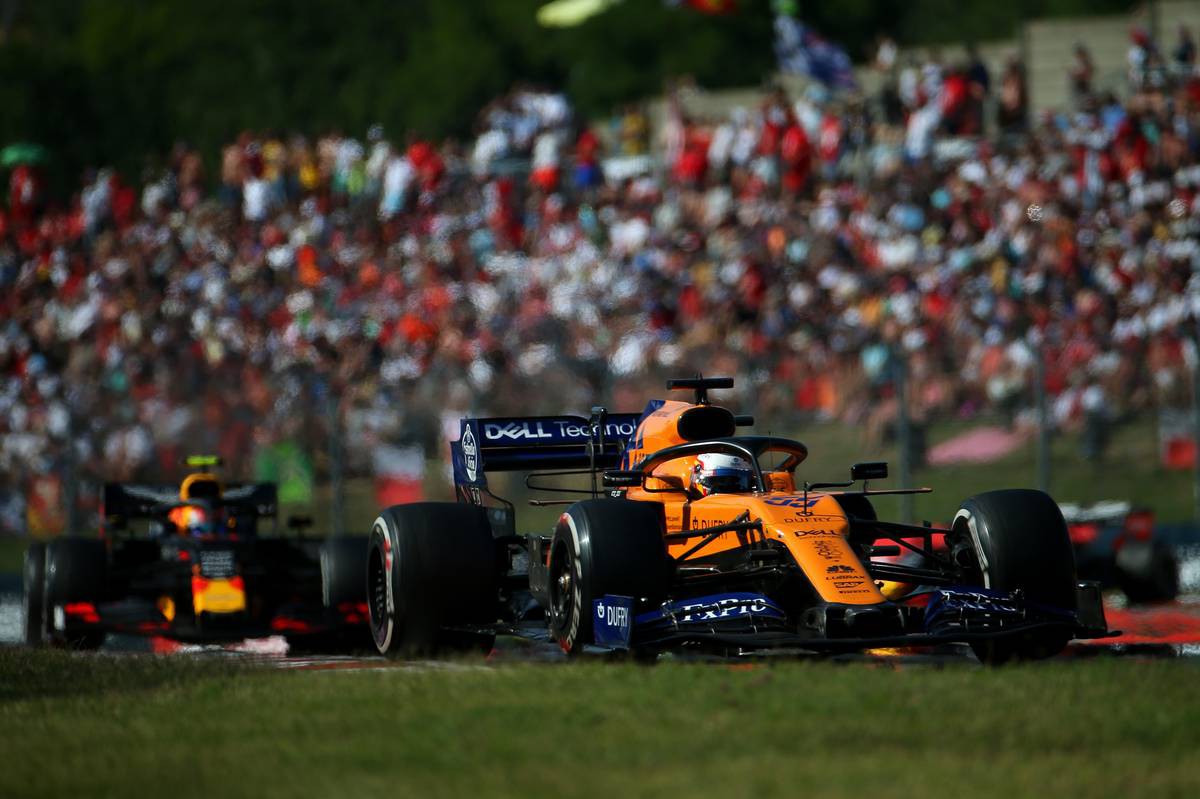 Carlos Sainz (P5, 10 pts): 8/10
Finishing in fifth place for the second race in succession, it was clear that Carlos Sainz was much happier with how things had gone in Hungary than they had a week ago in Germany. It had been a slow start to the weekend in practice and he struggled to match the pace of his rookie team mate (FP2 notwithstanding when Lando Norris was largely sidelined with technical issues), and after a scare in Q1 he was just pipped by Norris in the final round of qualifying by 0.052s. It meant that the two McLarens started the race side by side on row four, and it was in race trim that Sainz came alive by picking up two positions in the first two laps with passes on Norris and on Pierre Gasly. After Valtteri Bottas dropped out of the picture with front wing damage, Sainz settled into fifth place and that's where he stayed for the rest of the afternoon. It will have irked the driver and the team to have been lapped by the race leaders with 20 laps to go, but in terms of final position Sainz would surely not have been expecting anything higher on Sunday and he certainly sounded happy with a good day's work: "We executed the race perfectly," he said afterwards.