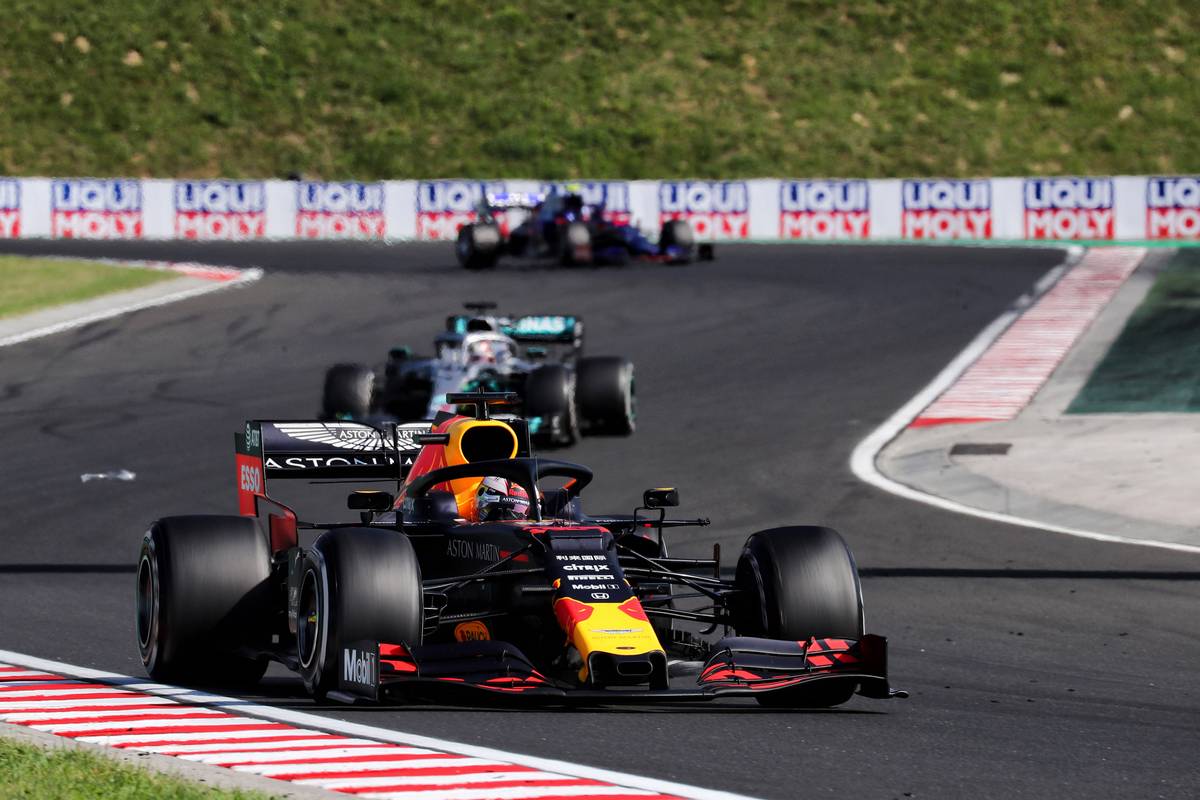 Max Verstappen (Pole, P2, Fastest lap, 19 pts): 9.5/10
What a fabulous weekend it proved to be for Max Verstappen, who picked up a long overdue maiden pole position with a terrific performance in qualifying that put him tantalisingly out of reach of both Silver Arrows. Before that he had been a permanent fixture in the top two of each of the free practice sessions on Friday and Saturday. When it came to the race, the big concern was whether he would have another horrible start off the grid - but there was no need to worry, as he got the perfect launch and cruised into the lead heading through turn 1. Mercedes tried to fluster him by trying an overcut strategy for Lewis Hamilton, and when that didn't work the world champion threw everything into passing him on track to no avail. Unfortunately a surprise second pit stop for Hamilton proved a masterstroke by the Silver Arrows, giving the Brit a massive advantage in speed over Max in the final laps. There was nothing he could do to keep hold of the victory that had seemed to be rightfully his from the start. If we were to nitpick Verstappen's performance then we could say he appeared a little flustered dealing with slow backmarkers, and didn't look after his tyres while under pressure from Hamilton quite as much as he needed to, but these are very minor demerits in an otherwise hugely impressive weekend.