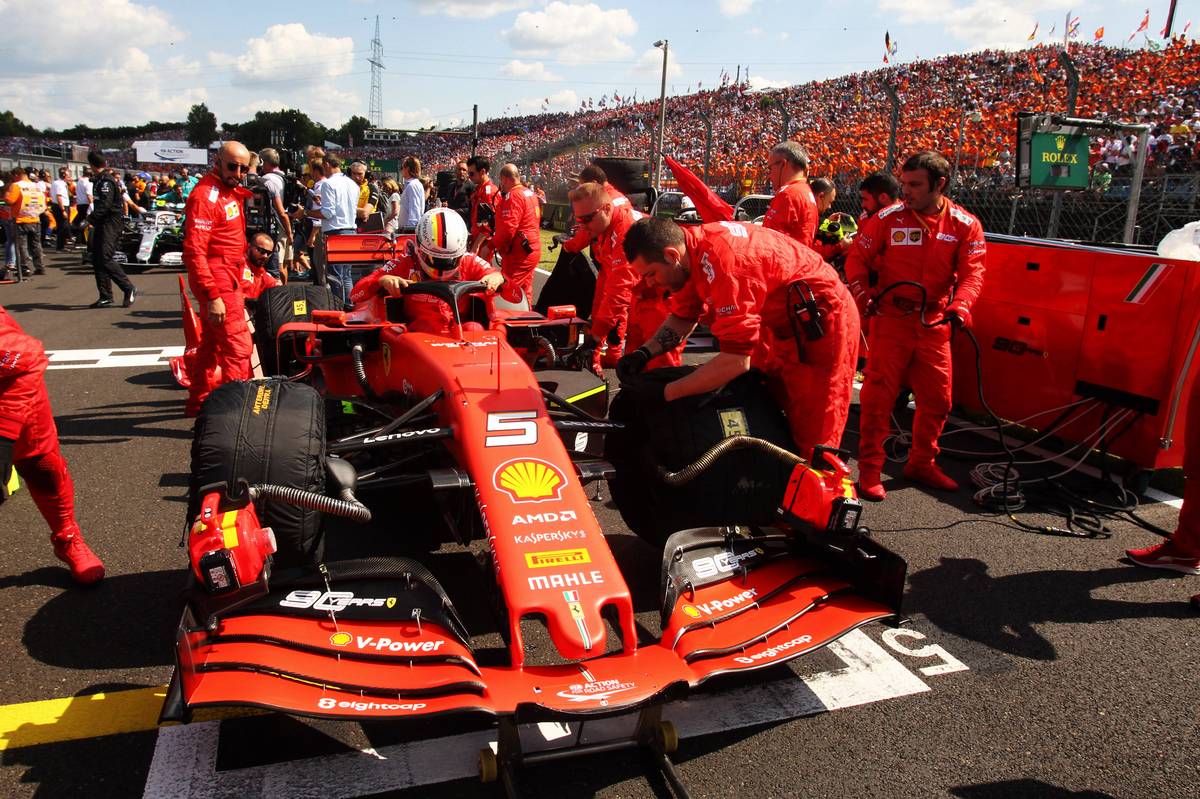 Sebastian Vettel (P3, 15 pts): 8.5/10
On the one hand it was a strong weekend for Sebastian Vettel. He started off the weekend third fastest in FP1 and just 0.001s off Max Verstappen's pace, and was back in the same position again on Saturday morning. But when it came to qualifying he wasn't quite able to sustain that form all the way through to Q3 and he ended up fifth fastest, having been once again out-qualified by his young team mate Charles Leclerc. It gave the Monegasque the better grid position, and at the start of the race Vettel was unable to get the jump on Leclerc and had to settle in for the long haul instead. After trailing behind Leclerc for 25 laps he was finally up to third place by opting for a superlong first stint on the mediums. Once he did make his overdue stop and switched to soft tyres for the finish, it gave him the speed differential in the final laps that he needed to catch and pass his team mate and finish on the podium. Yet despite that success, the margin by which he trailed Lewis Hamilton will be rather disconcerting for him going into the summer break.