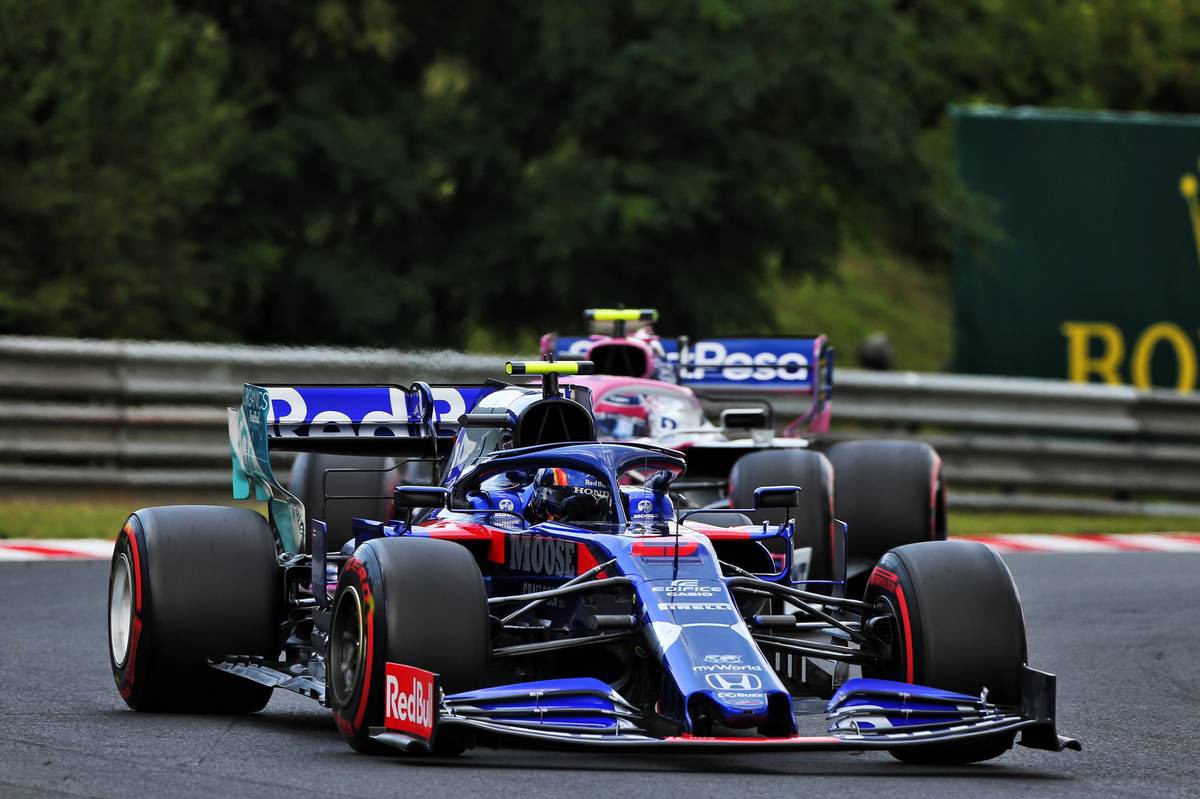 Alexander Albon (P10, 1 pt): 6.5/10
Alexander Albon made a big mistake on Friday afternoon. Caught out by the wet conditions, he committed the rookie error of putting a wheel onto the grass at the final corner at the start of FP2, and duly found himself flying into the run off area and suffering a hefty sideways hit with the tyre barrier. It left the Toro Rosso mechanics with a sizeable overnight to-do list. But if that shook his confidence at all, then after a subdued FP3 he was right back on it for qualifying and set up a 12th place start on the grid for the race which gave him a shot of picking up some more championship points. Not happy with the medium tyres he started the race on, midway through Albon found himself racing team mate Daniil Kvyat in an exhilarating but also rather terrifying wheel-to-wheel battle. That they raced hard but clean is a credit to both men (yes, Haas, we're giving your drivers another hard stare when we say that!) A later pit stop than the Russian proved the right overall race strategy, and Albon was able to use the remaining laps to work his way forward and finish in tenth place, taking points for the second weekend in succession.