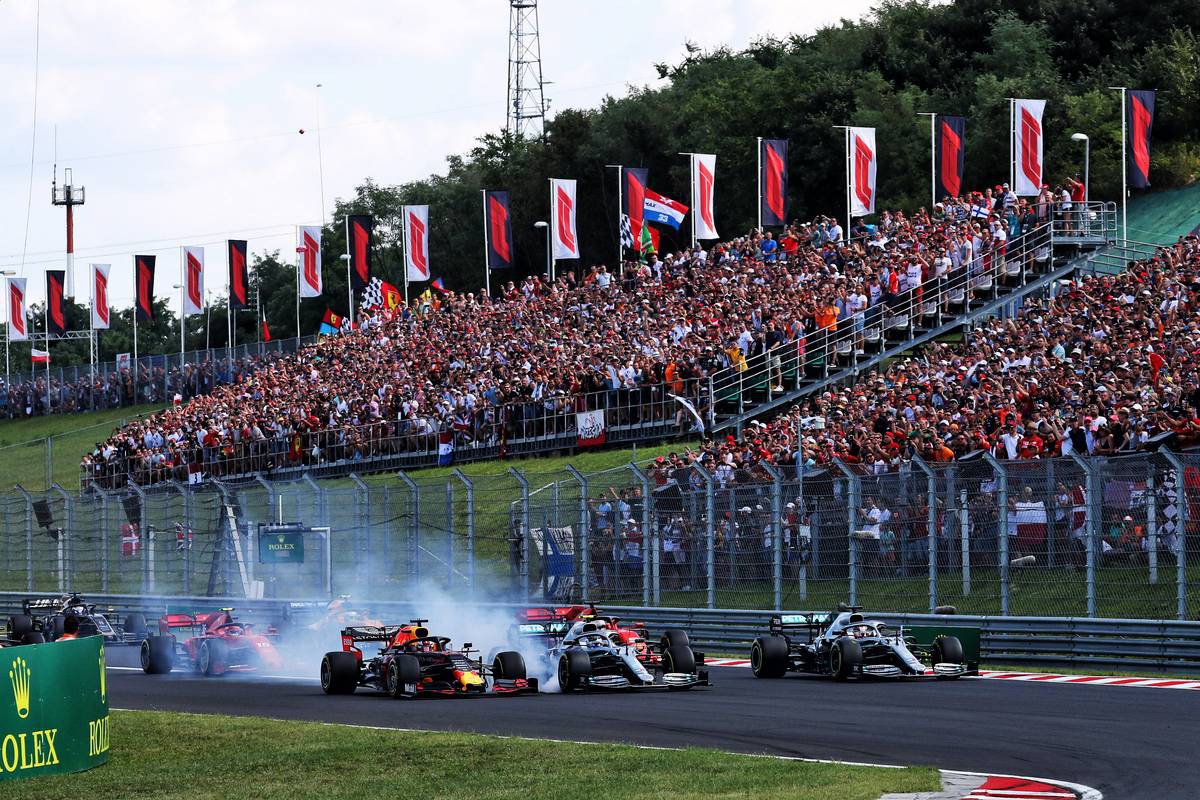 Valtteri Bottas (P8, 4 pts): 7/10
The season started so well for Valtteri Bottas, but as the weeks have gone on it's slowly started to get away from him. Hungary was another case in point: he missed out on track time in FP1 due to a power unit problem, and then lost more time due to the rain-hit conditions in the afternoon. Fourth fastest in final practice (but still 0.271s off his team mate's pace) he finally looked to get the upper hand in qualifying when he beat Lewis Hamilton to a front row spot, and was less than two hundredths off Max Verstappen's pole. But that put him in a precarious position on Sunday, with Hamilton determined to get past him on the opening lap. Bottas buckled under the pressure and opened the door by locking up and running wide in turn 2; he then tried to fend off the pass which resulted in light contact. Charles Leclerc was also quick to force his way through, and now Bottas had front wing damage that forced him to pit. It dropped him right to the back, and while he doubtless enjoyed slicing his way back through the field there was still the ignominious moment when his own team mate sailed past him on lap 43 to put him a lap down. He did manage to fight his way into the points by the finish, but he still wasn't able to match the team's prediction and implicit revised target of sixth place. Overall it was another messy race for Bottas, which is starting to make him look rather vulnerable.