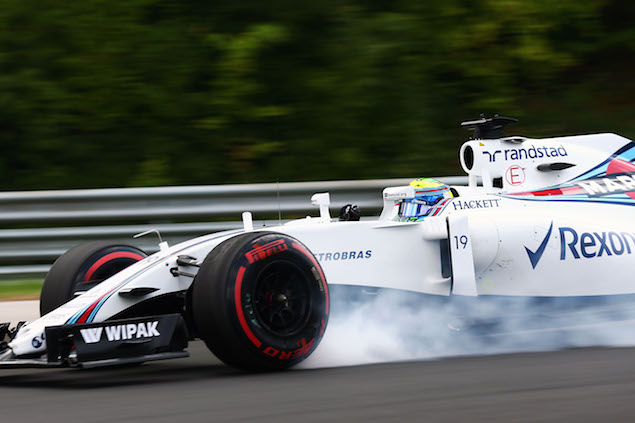 Valtteri Bottas
“Today we focussed on learning about the soft and supersoft tyres on both long and short runs. In the shorter runs, I wasn’t totally happy with the car balance so I hope we can improve for tomorrow, and I think that we can because there is room to. The timings look really close so any improvement that we can make will be a step forward. It was also quite interesting to try out the new asphalt today. There’s definitely more grip available, but it can also create issues with tyre wear on the supersofts.”

Felipe Massa
“Today was a pretty normal Friday but definitely not an easy one. We’ve just been trying to learn more about the tyres, understand the balance of the track and try different things in the car. It’s not an easy track for us compared to others. The good thing is that nothing strange happened and nothing went wrong today, so I’m really hoping we can be competitive and score some good points.”

Rob Smedley, head of performance engineering
“I think overall today has been a positive start to what I hope is a positive weekend. After Silverstone we regrouped and tried to understand what, if anything, could be causing our poor run of form. So today was very much a continuation of the Silverstone test. We’ve been looking at different rear suspension configurations in both FP1 and FP2, and I think we’ve found a reasonable direction with it. We will go through the data to ensure that we’ve done everything right. When we’ve had the car in the correct configuration we’ve been reasonable, especially on the long runs which were good today, so that’s a definite positive for us. We’re still not quite where we need to be, but I think we’re back to our normal position behind the top three teams. We’ve got quite a big floor upgrade coming tomorrow, so we’ll be testing that in FP3 and hopefully it moves us forward a little more. We also completed a number of installation laps on the front wings to look at some very specific data collection. Aside from that we’ve stayed with the old specification, because we wanted to concentrate on the suspension work.”