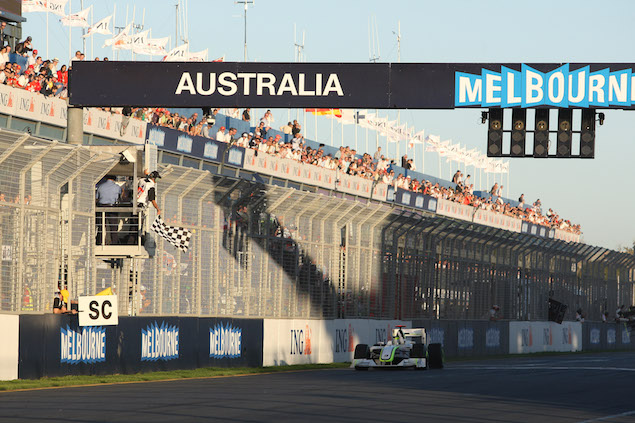 The first building block of what would ultimately turn out to be a fairy tale season for Button and Brawn GP. It was a stunning win for a team and a driver who had been looking at the unemployment line just a few weeks earlier following Honda's pull-out from Formula One.

Armed with what would prove to be a formidable car in 2009, the Brawn-Mercedes BGP001 and its unusual - and barely legal - "double" diffuser, Button secured pole ahead of team-mate Rubens Barrichello. When the lights turned green Button stormed off, never to be seen again by his rivals, showcasing the tremendous efficiency and ingenuity of his mount to clinch a dominating and dream victory.

Sebastian Vettel had highlighted the Red Bull threat but an error late in the race while running second resulted in contact with Robert Kubica, seeing both cars retire and the race end behind the Safety Car. The retirements promoted Barrichello who completed the unexpected Brawn one-two, the first of many in 2009.