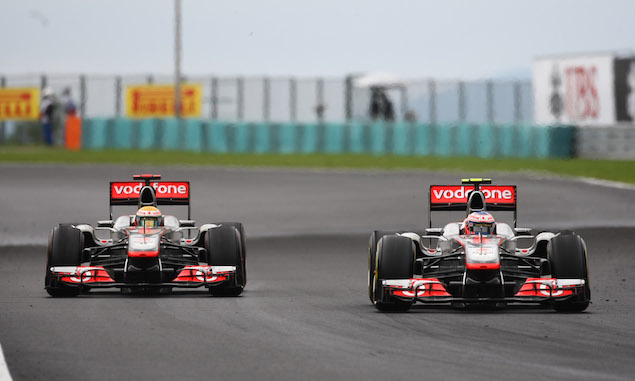 Five years after picking up his maiden career win at a rain-hit Hungarian Grand Prix, Button did it again at the same venue on his 200th start.

The race got under way on a wet track, with the Briton holding third place initially. An early switch to slicks as the track began to dry allowed Button to leapfrog Vettel for second place behind Hamilton.

The race leader ran off track when a brief shower swept across the Hungaroring, thus allowing his team-mate to close the gap and put him under pressure. Hamilton and Button traded places over several corners before the 2008 world champion elected to pit for intermediates.

Button’s decision to remain on slicks would prove to be key as the circuit dried out quickly and forced Hamilton to make another stop while the 2009 title winner sped to victory.