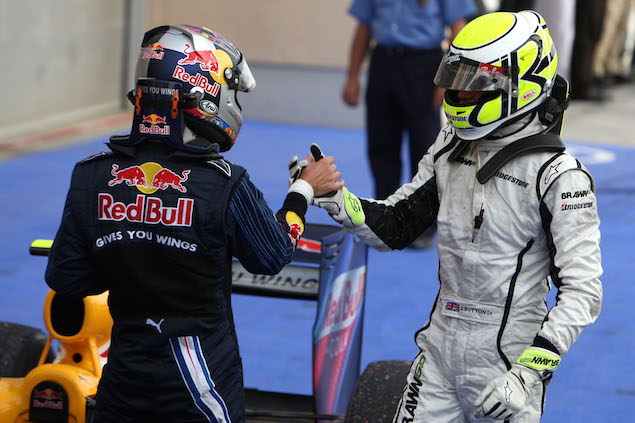 When Button remembers Bahrain 2009 he gets an itchy cheek. Why? Because while he gained his third win of the season, he paid a personal price for it in the desert heat when he suffered a burn on his left buttock, the result of an overheating electrical box located under his seat.

Button launched his race from fourth on the grid, and rather laboriously on the account of a clutch slip. But once he got into the groove he methodically chased down and ticked off his rivals to take command of proceedings shortly before the half-way mark. The lead was courtesy of impressive lap times at the crucial moments around pit stops, with the lead Toyotas fuelled light and running a shorter first stint.

He had to work hard however all the way to the chequered flag behind the wheel of the Brawn-Mercedes, which led the Brit to label Bahrain 2009 as perhaps the best drive of his career at that point. And no one disagreed. The burned bottom had been well worth it.