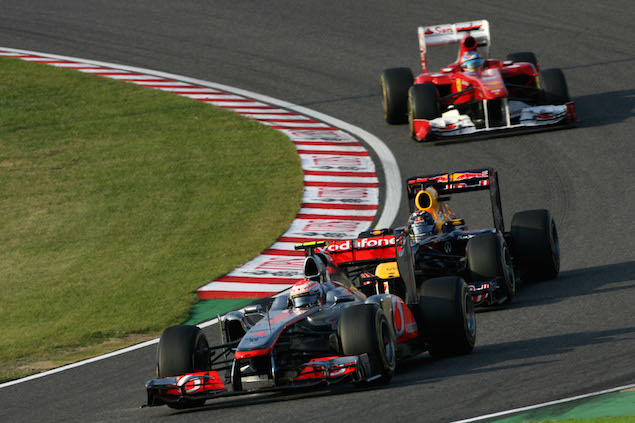 One of the best runs of form of Button's career peaked with victory at Suzuka in 2011. Vettel was on his way to a dominant second world championship and Button was the only driver who appeared capable of troubling him in the second half of the season.

Vettel took pole position by a mere 0.009s from Button, and Hamilton jumped his team-mate at the start. However, Button was back in second place by lap nine and his relentless pace saw him get ahead of Vettel during the second round of pit stops. Vettel eventually dropped to third behind Alonso, and Button led the pair home for what was his fifth podium in a row.