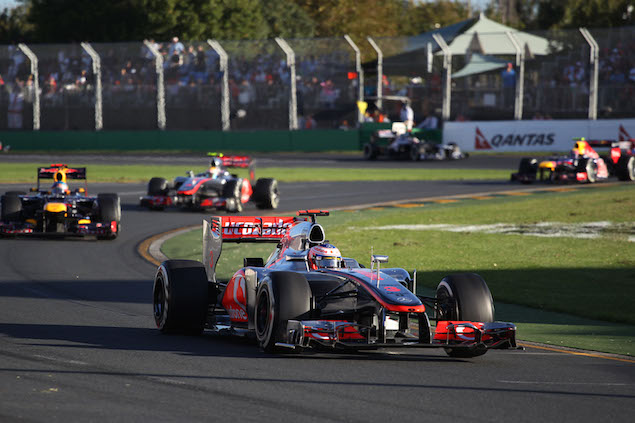 The perfect start to a new season, just as Button had in his debut year at McLaren he took victory in Melbourne. The MP4-27 was clearly another improvement from the previous year's car and McLaren locked out the front row, with Hamilton taking pole position by just over 0.1s.

Button made the perfect start to take the lead from his team-mate and looked in control at that point, continuing his form from the end of the previous season. Even a late safety car period would not trouble him, despite Vettel climbing up to second place ahead of Hamilton.

Such was Vettel's form in 2011, many feared the German would be able to mount a challenge for victory from there, but the Red Bull was no match for Button. Despite the threat from behind, the Briton opened up a comfortable advantage on the restart and eventually went on to win by 2.1s.