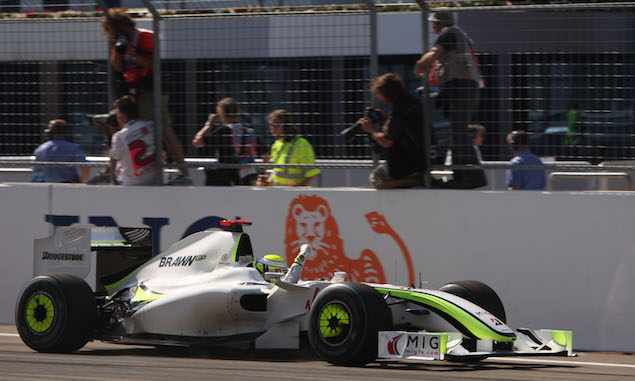 Button’s dominant 2009 campaign continued in Turkey where the Brawn GP ace racked up a sixth victory in seven events. Red Bull confirmed it was emerging as Brawn’s main rival that year, with Vettel pipping Button to pole position by a mere tenth though it would later emerge than the Briton was carrying a heavier fuel load.

Despite a strong start from the German, his advantage was erased almost immediately when he ran wide at Turn 9 on the opening lap, which allowed Button into a lead he would never relinquish. By securing a sixth win in seven grands prix, the championship leader equalled a feat only achieved by F1 greats Alberto Ascari, Juan Manuel Fangio, Jim Clark and Michael Schumacher.

Button heaped praise on his team on his victory lap, shouting over the radio: “Thank you. You've built me a monster of a car. You guys are absolute legends.”

The Briton headed to his home event confident of a strong showing and maiden podium finish at Silverstone but his Istanbul win would prove the last in his 2009 title-winning campaign, with Button only featuring twice in the top three over the remaining 10 races.