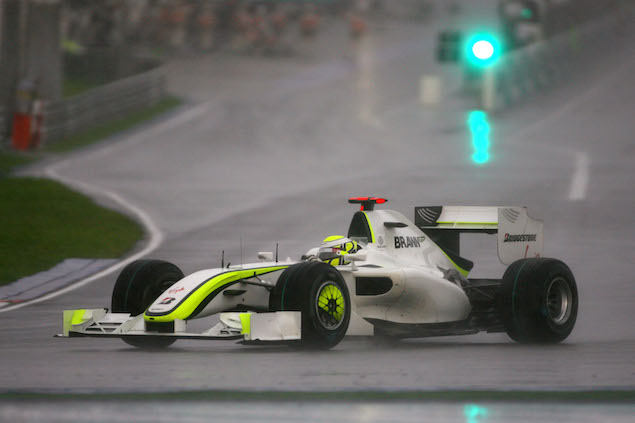 Those who believed that Button and Brawn's win in Melbourne had been but a lucky one-off jackpot were in for a shock. Again, just like the week before, the Brit lined up his rivals in qualifying and blitzed the field.

Race day dawned dark and overcast however, with the prospect of torrential rain threatening proceedings at Sepang. The only question was when? Nico Rosberg's Williams stole the show at the start, barging through from sixth on the grid to lead the race for the first fifteen laps from Jarno Trulli's Toyota and Button's Brawn.

Sure enough, the rain set in and when the pit stop rotations got underway, master strategist Ross Brawn ordered Button to stay out longer and take advantage of the clean air. The call worked like a charm. But when it rains, it pours in Malaysia and the race was cut short after 31 laps as conditions became impossible. For the first time in 18 years, an F1 race had failed to complete at least 75% of its distance, leaving only half-points to be collected by the top eight.