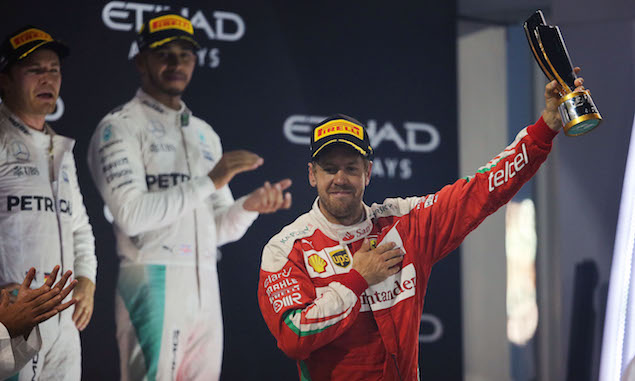 Vettel has already had to answer questions regarding the Mercedes drive at Daytona over the weekend, and gave the answer you would expect. However, despite referencing his contract as a reason he isn't in the running, all of the top drivers are under contract and Mercedes knows it will have to pay if it wants to sign one of them.

Despite the tantalising prospect of Vettel v Hamilton in the same car - and the obvious fit of a German champion in a German team -  it could be a volatile pairing as team-mates. Add in the fact that Vettel's desire is to emulate Schumacher in taking Ferrari from underachievers to world champions once again and he's more likely to see Rosberg's departure as an opportunity for the Scuderia to take advantage of the uncertainty at Mercedes.