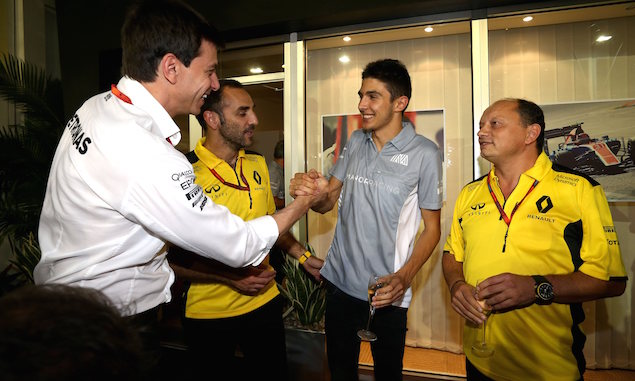 While part of the Mercedes driver stable, Ocon is unlikely to feature at the top of the team's wishlist. The Frenchman has been impressive so far in junior categories and in F1, but he lacks the necessary experience to make the step up.

Having only been given his chance at Manor after the summer break, Ocon has just nine grand prix starts to his name. He has shown flashes of great potential - which is why Force India opted for him to replace Nico Hulkenberg - but Ocon is still far from the finished article.

While potentially a future Mercedes driver, the current seat comes far too early in his development, with Mercedes needing to hire someone they know will be consistent enough to fight Red Bull's impressive pairing of Daniel Ricciardo and Max Verstappen for the constructors' championship should it come under threat next year.