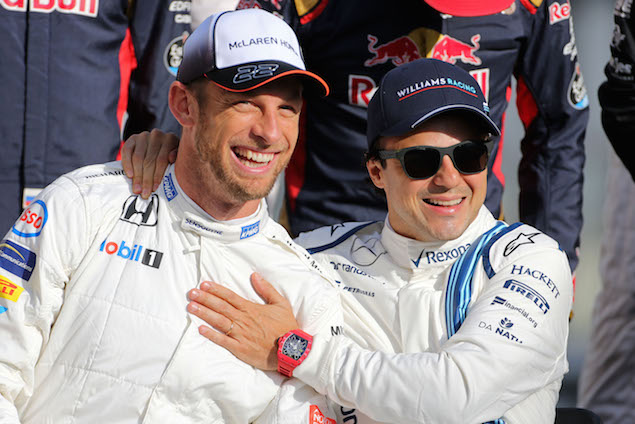 Valtteri Bottas
“It is disappointing to finish the race after only a few laps. When I was running P9, I felt something suddenly break in the rear of the car with the suspension and the car was pretty undriveable after that. We tried to fix it in the garage, but it was not possible so we had to retire. It is a shame to end the season like this, but it does mean that I’m now very much looking forward to next year.”

Felipe Massa
“Well, I’m really proud to have been fighting up to the last lap of the race in the same way I fought in the first lap of my career! I want to say thank you to everyone – everyone who has been with me all the way, racing together. Thank you to the fans and to Williams, who I will keep supporting in the future! Thank you to everyone who has been part of everything I have been through. I have finished my career with my head up, the same way I started my career. I also took a little extra care with the car seeing as it will now be my car – thank you again to Williams for that gift!”

Rob Smedley, head of performance engineering
“It was a tough race, as we expected it to be. Unfortunately, Valtteri went out with a rear suspension failure so we will look into that. Felipe drove a really good race in the car that he had and it was a fitting end to his career. Fernando Alonso gambled on a different tyre strategy but Felipe was able to hold him off until the end and finished ninth. It’s not where we really want to be but it was a good job by all the guys.

“Thank you to all of the race team for the brilliant job they’ve all done. We know the car pace isn’t quick enough but they’ve never given up, always strived to get more performance and, between them all, they’ve done a really good job.

“And of course, thanks to the two drivers.

“It’s unfortunate what’s happened today but Valtteri has had a really strong season. We’ve got to deliver him a better car and he will keep pushing himself because there’s a lot more there that we can do together. I’ve known Felipe since he was a child; he’s one of my best mates. He’s not only a great driver with an outstanding career, but a really good human being as well. Then there’s his family, who have supported him throughout his career – I don’t think he ever does a race without one member of his family – and they deserve some credit for that. I wish him all the best for his life in the future.”