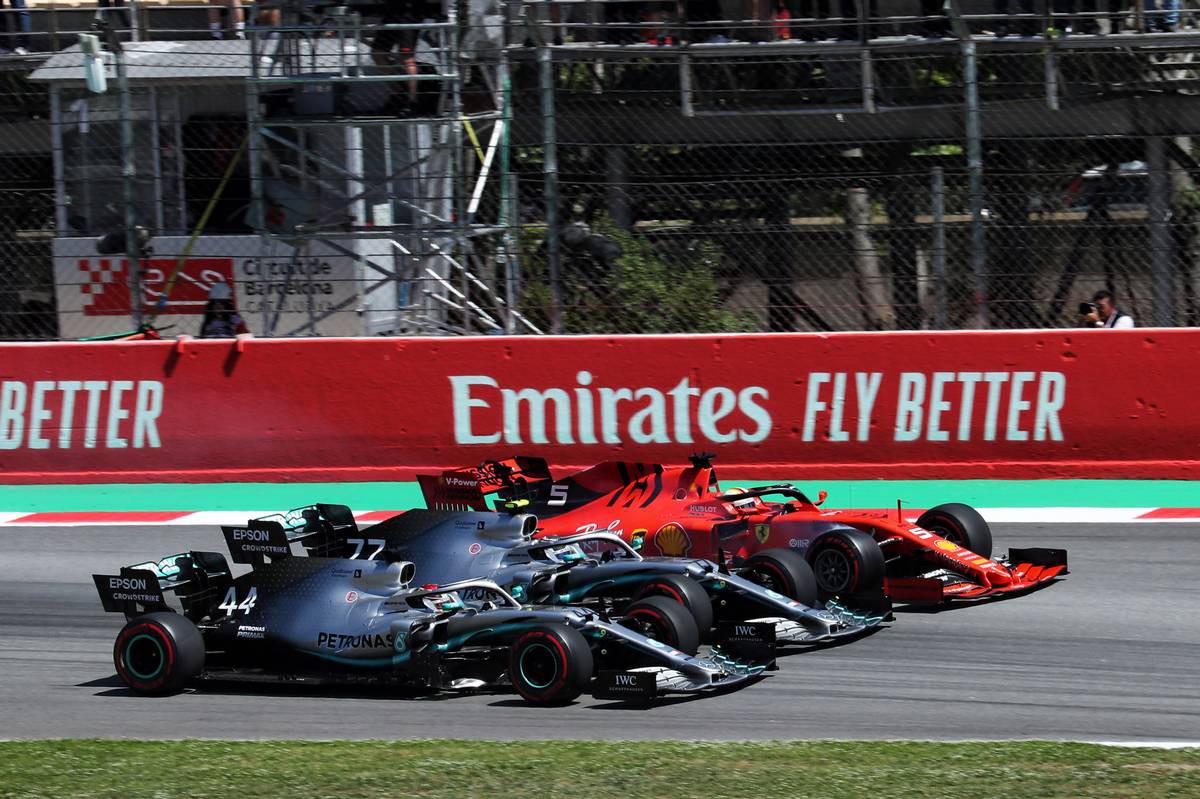 Sebastian Vettel (P4, 12 pts): 7.5/10
We've said it before, and we'll doubtless say it again: Sebastian Vettel just doesn't look his usual self at the moment. Whether it's the growing gap to his Mercedes rivals ahead, or the pressure exerted from the talented team mate alongside, both factors were on display again in Spain. Leclerc was actually faster than Vettel in FP2 and FP3 only for the four-time champion to have the last laugh in qualifying. Determined to "mix things up" at the start of the race, Vettel ended up overcooking it into turn 1 which flat-spotted his tyres. It compromised the rest of his first stint and obliged him to grudgingly comply with team orders to let Leclerc go past. The situation was corrected later in the race, but by then Vettel had lost touch not only with the Silver Arrows but also Max Verstappen in third place - even despite the intervention of a safety car to close things up. All in all, it's not the best of times for the Tifosi.