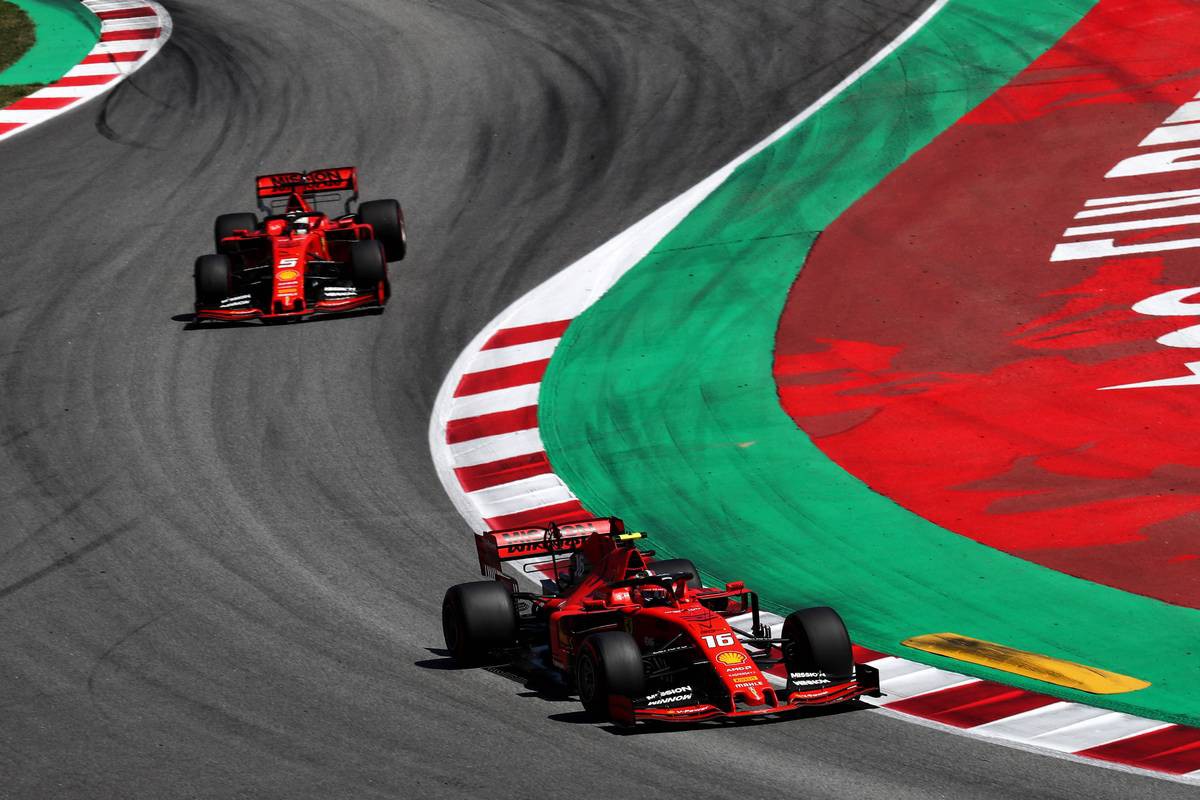 Charles Leclerc (P5, 10 pts): 7/10
Charles Leclerc is starting to get a proper feel for day-to-day life as a Ferrari driver, and it's not all roses and unicorns. The upgraded SF90 failed to deliver the expected performance improvements in Spain, leaving the team struggling to stay in touch with Mercedes all weekend. Pushing hard, Leclerc made his second qualifying mistake in a row when he ran wide over the kerbs and damaged the floor of the car in Q2. The race itself was somewhat overshadowed by confusion over two perfectly sensible but rather late Ferrari team orders which suggested disharmony among the Maranello ranks, although the drivers later denied any such issues. The team's odd decision to send Leclerc out on hard tyres for his second stint sealed his fate for the afternoon, and even once redressed he was left looking unusually average for once.