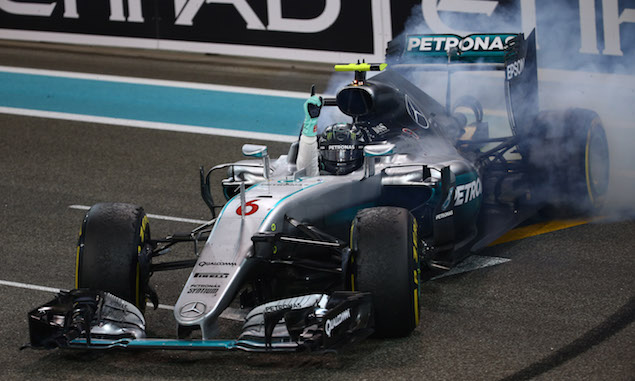 The title was won in dramatic fashion, with Rosberg under attack from Sebastian Vettel and Max Verstappen as Hamilton slowed the pace to try and fashion the opportunity to hold on to his title. Eventually Rosberg held on to second place and with it won his first championship.

Rosberg and Hamilton have engaged in a close battle throughout the year, with dominant runs of results for each, as well as a number of reliability issues and flashpoints between the two. Here, F1i looks back on how Rosberg became world champion in a record-breaking year.