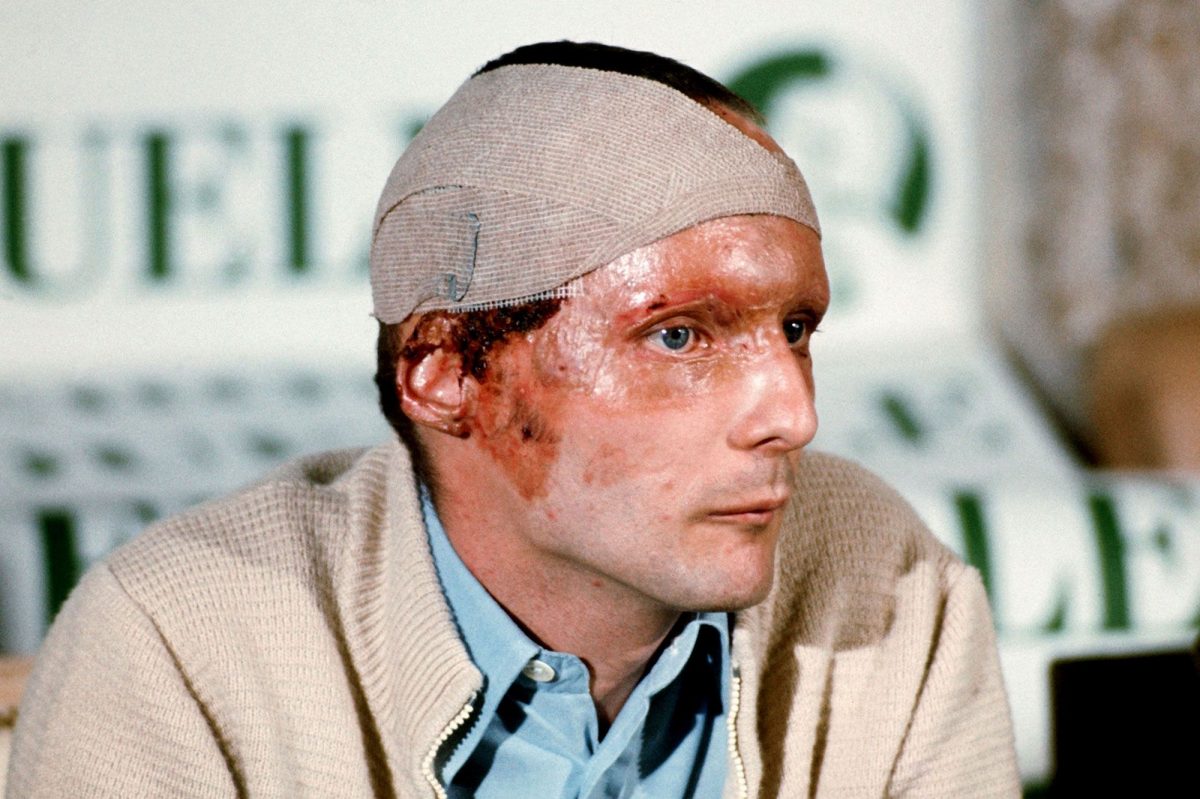 Few are those who likely remember the winner of the 1976 Italian Grand Prix for the race itself was not an event to write home about.

Ronnie Peterson beat Clay Regazzoni and Jacques Laffite to the checkered flag, but it was the man who finished fourth who garnered all the attention.

When a driver is a victim of a horrendous crash and suffers injuries that justify that he be given the last rites, one can only wonder what compulsion would drive him back to racing's ragged edge.

Six weeks after cheating death at the Nürburgring, escaping with severe burns, his lungs severely damaged, world championship leader Niki Lauda showed up at Monza, his head swathed in bandages, ready to race!

Race day saw Lauda accomplish a heroic physical and psychological effort on his way to a fourth-place finish during which his only assignment was to prove to himself that he was still alive!