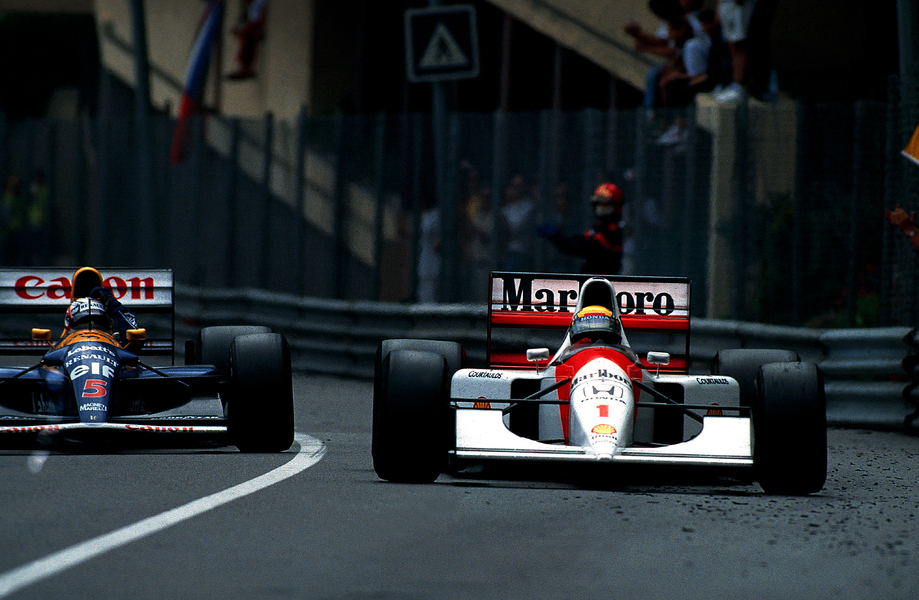 Ayrton Senna had announced his arrival on the world stage at Monaco in 1984, and by 1992 he was a four-time winner in the principality and also reigning world champion for the third time.

But the McLaren driver's crown was under threat from Nigel Mansell, who had swept the first five races of the season. Mansell duly started the Monaco Grand Prix from pole, while Senna immediately moved into second at the start - where he stayed for the next 70 laps as Mansell built up a big lead.

But with eight laps to go the Williams suffered a loose wheel nut and was forced to pit. Mansell came back out behind Senna, and despite his clear speed and performance advantage on new tyres he was unable to find a way past the Brazilian who described those final laps as "driving on ice."

There were no sour grapes from Mansell, who complimented the way Senna had second-guessed his every move: "I think he drove fantastic, and that's why he won the race."