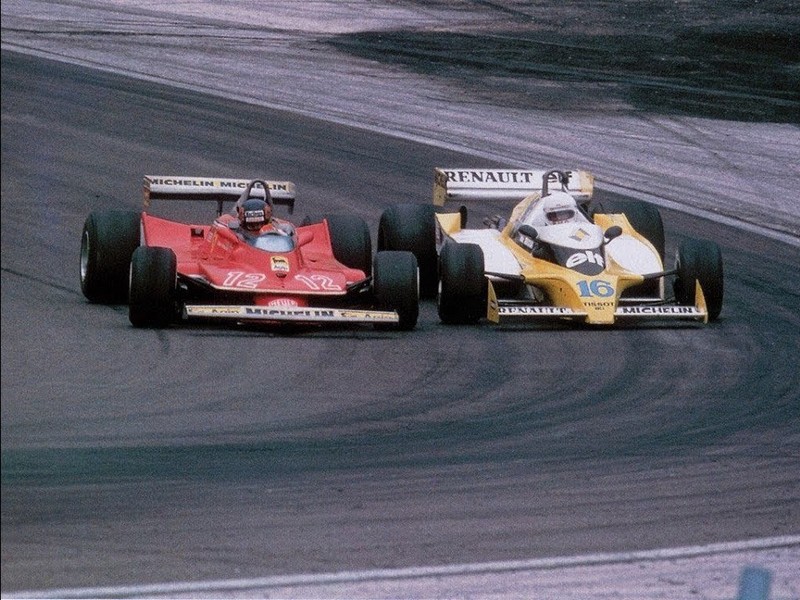 The very first win of a turbo engine, delivered at Dijon by Renault's Jean-Pierre Jabouille, was almost anecdotal compared to the electrifying spectacle offered by Gilles Villeneuve and René Arnoux.

The gloves-off battle of the two competitive racers lasted but a handful of laps but the onslaught went down in history as one of F1's greatest wheel-to-wheel battles.