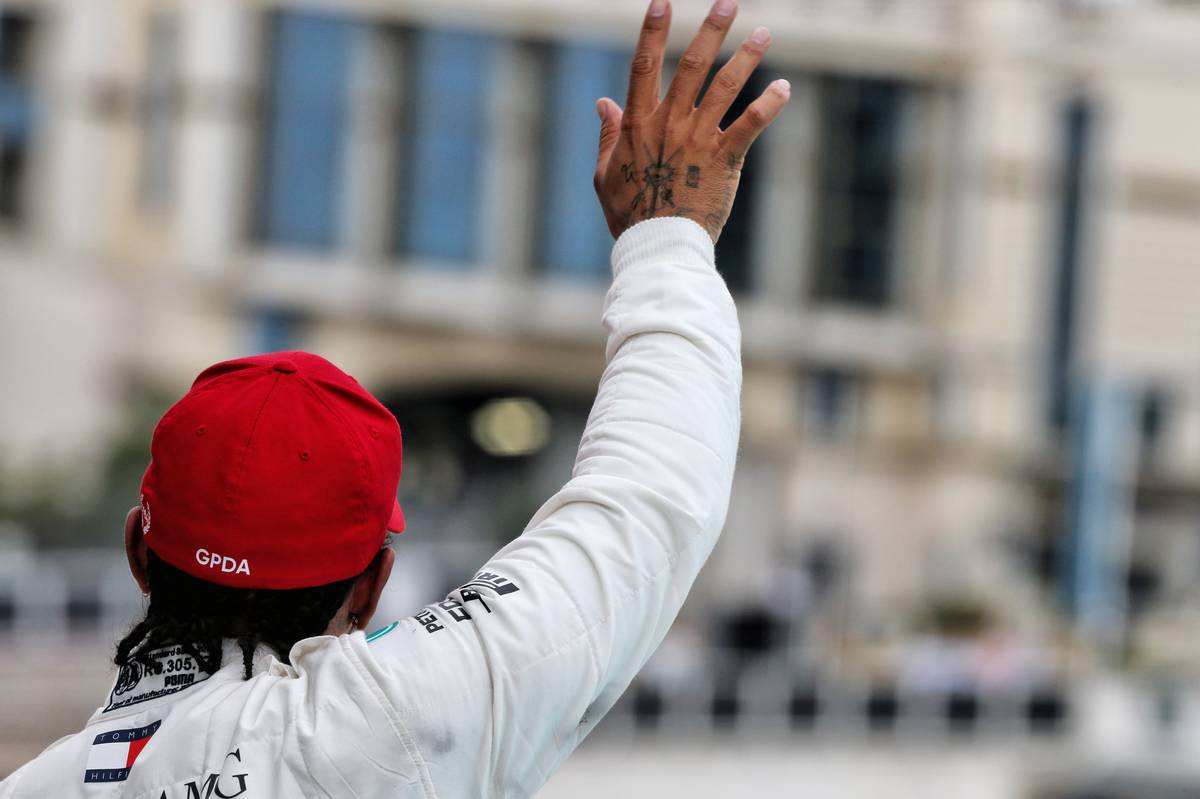 Lewis Hamilton (P1, Pole, 25 pts): 9.5/10
Lewis Hamilton was pushed all the way in practice and qualifying in Monaco by his Mercedes team mate Valtteri Bottas. It's taking all of Hamilton's skills to stay ahead of the Finn, but it's a mark of the five-time champion that he's managing to do it. Perhaps the extra inspiration of driving in memory of Niki Lauda helped, although the pressure might equally have been a distraction. Either way, Hamilton was quicker than Bottas on Thursday and then pipped him to pole by 0.086s. All went to plan on Sunday until the first pit stop where Mercedes made a rare blunder by putting a set of mediums on Hamilton's car while his rivals took the harder compound. It was quickly apparent that Hamilton would need a miracle to get to the finish without another stop, and his frustration was plain for everyone to hear over the team radio. The Mercedes pit wall tried to convince him that it would work out, but even they didn't truly seem to believe it. And yet somehow, for all his wails of despair, Hamilton actually pulled it off. It was truly the drive of a champion: although in this case, as Hamilton himself suggested, maybe the champion in question was Niki Lauda looking on from on high and lending a helping hand when it was most needed. It would be just like Niki to insist on having the last word!