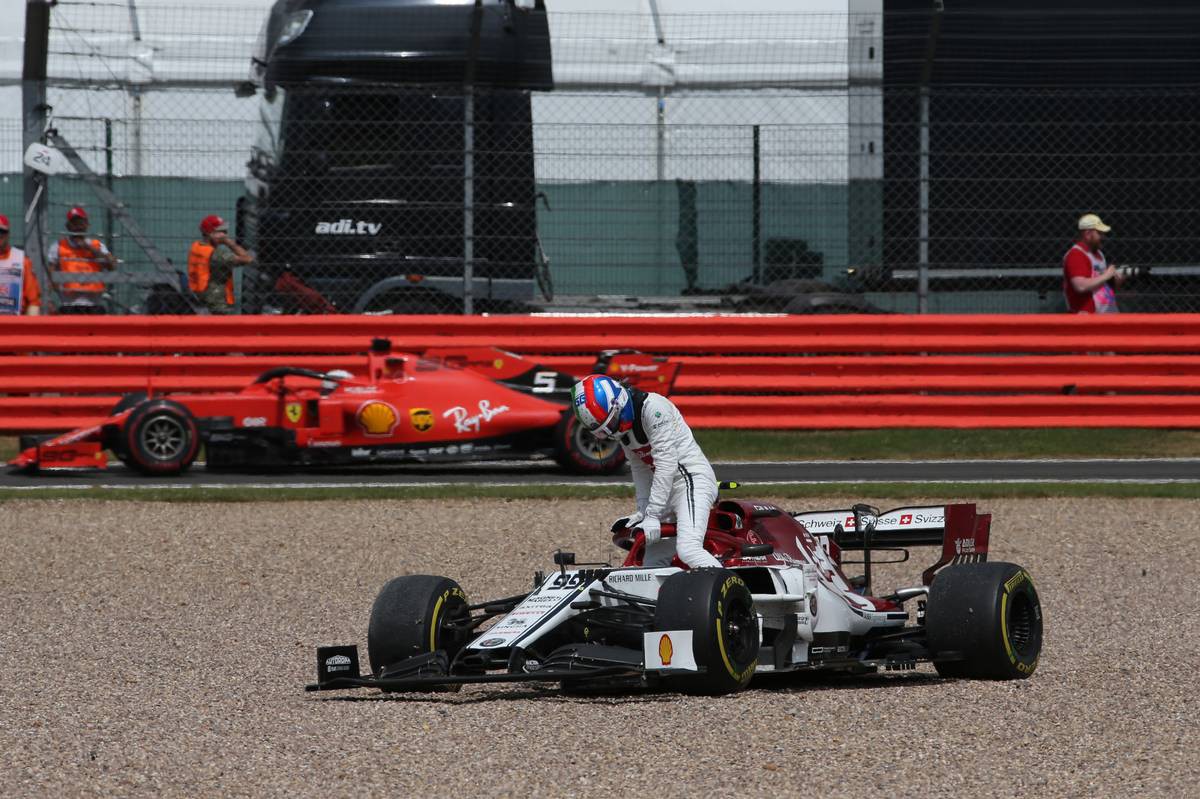 Antonio Giovinazzi (Retired, L18): 5.5/10
After securing his first championship point last time in Austria, Antonio Giovinazzi must have been hoping to carry the momentum forward to even greater success this weekend. Unfortunately he ended up in a gravel trap instead, causing the one and only safety car period of the British Grand Prix. We're not attaching any blame to him for this early exit however, with everyone agreeing that a yet to be determined mechanical failure was at fault and Giovinazzi just a passenger. Before that it had been a rather lacklustre Friday for the Italian, but things picked up in FP3 and he only narrowly missed out on making it through to the Q3 on Saturday afternoon but did succeed in out-qualifying his team mate. However Kimi Raikkonen's sustained ability to go on and extract points from such situations is tending to show up Giovinazzi's shortcomings.